In sequence of priorities now, RBI shifts focus to inflation over growth: Governor

'Inflation target has been revised upwards sharply to 5.7 per cent for current fiscal' 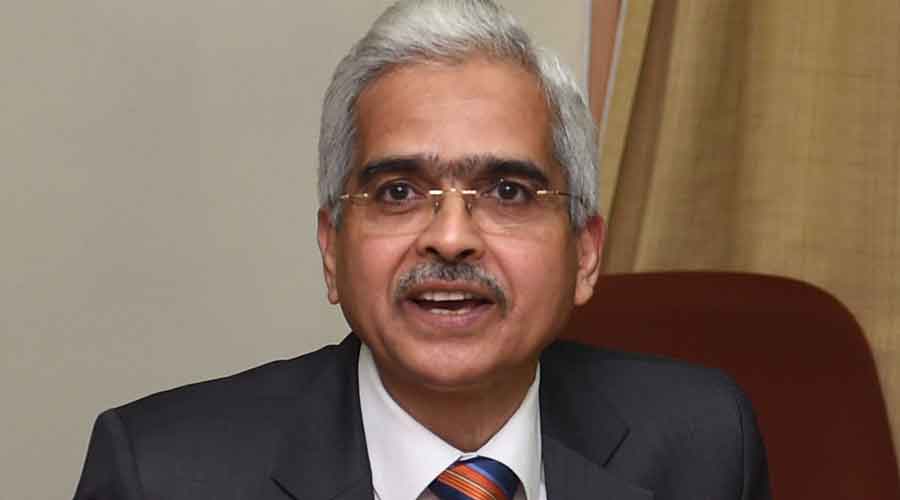 After three years of attempting to push growth, the Reserve Bank is shifting its policy priorities to tackle the rising inflationary pressures, Governor Shaktikanta Das said on Friday.

He also made it clear that while the policy stance remains accommodative, efforts will be focused on withdrawal of the easy policies which were dominant in the two years of the coronavirus pandemic.

With rising inflation, the central bank will be withdrawing from "ultra-accommodation" or ultra loose monetary policy approach adopted amid the pandemic headwinds.

Addressing the customary press conference after maintaining status quo in rates at the bi-monthly policy review, Das said the inflation target has been revised upwards sharply to 5.7 per cent for the current fiscal, primarily because of the impact of Russian invasion of Ukraine.

He elaborated that the war has pushed up the prices of crude oil, wheat and feed stock, which is creating inflationary impulses in the country, and stressed that the situation is very dynamic.

"In the sequence of priorities, we have now put inflation before growth. First is inflation, then is growth. For the last three years, starting February 2019, we have put growth ahead of inflation in the sequence," Das said.

"This time, we have revised that (priorities) because we found that the time is appropriate and that is something which needs to be done," he added.

It can be noted that Reserve Bank of India (RBI) has been steadfast on aiding growth since the beginning of the pandemic, which has included measures like steep rate cuts and creating easy liquidity conditions. Even as inflation rose, it 'saw-through' the spikes to help the growth process, even though it is contract bound to get inflation between 2-6 per cent range.

After contracting by 6.6 per cent in FY21, the economy has grown by 8.9 per cent in FY22 to be marginally bigger in size than what it was before the pandemic struck. Earlier in the day, RBI surprised all with its GDP growth estimate at 7.2 per cent for FY23.

Das made it clear that while the stance of the policy continues to be accommodatory, efforts will be focused on withdrawal of the easy policies of the last two years.

"We had taken the policy rate to an all time low, which is 4 per cent. If you adjust it for the target (4 per cent), then the real policy rate was zero. That was ultra accommodation. Now that the situation is changing and inflation particularly is at risk, we want to withdraw the ultra-accommodation," Deputy Governor in charge of monetary policy, Michael Patra, said.

He was quick to add that RBI still has scope to "remain accommodative".

Patra also explained that the RBI chose to introduce the Standing Deposit Facility from a position of strength to help absorb additional liquidity currently and also because it can aid RBI to sterlise the flows which may come to India if the war ceases.

Das also made it clear that non-banks will not be able to access the SDF.

According to him, SDF gives it more flexibility in implementing the monetary policy objectives because it is uncollateralised as the central bank is not constrained by the stock of liquidity it does or does not have for liquidity management operations.

In computing the inflation target, the RBI has taken into account the present retail prices of petroleum products, Das said, without specifically answering on whether the central bank has given a suggestion to the government to cut the excise and other duties on the fuels, as it had done earlier.

RBI brass parried questions on real interest rate saying the jury is still out, and also said that the output gap is narrowing.