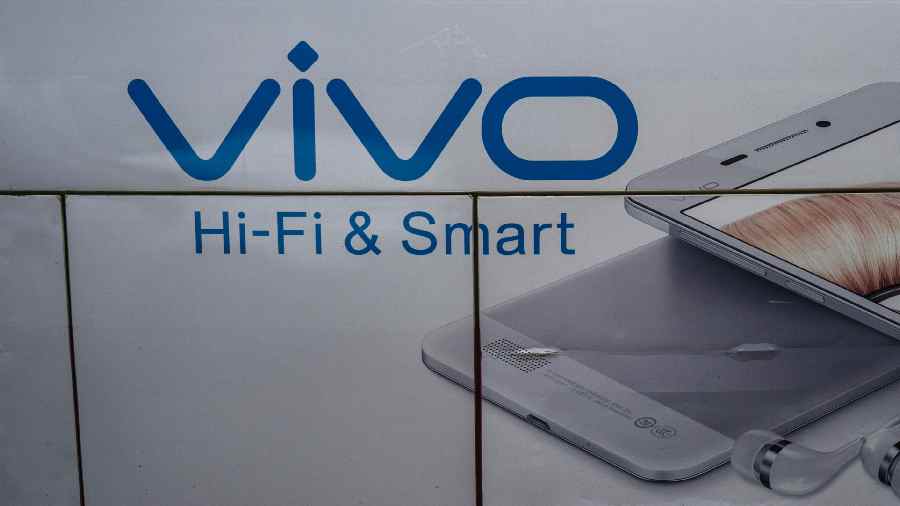 The Delhi High Court Monday granted permission to 14 entities, which the Enforcement Directorate (ED) claims are connected to Chinese smartphone maker Vivo, to operate their frozen bank accounts subject to maintaining the balance which stood in the accounts as on the date of agency's search in a money laundering probe.

The high court said these entities shall also give details to ED about their remittances made from the frozen bank accounts after every 48 hours.

Justice Yashwant Varma said subject to the petitioner companies maintaining a balance as was available on the day of freezing the individual bank accounts, the debit freeze order of ED can be modified.

The high court said it shall be open to the probe agency to verify that balances are maintained as they stood on the date of search.

Earlier on July 13, the high court had allowed Vivo to operate its various bank accounts frozen by the ED in connection with the money laundering probe subject to furnishing of a bank guarantee of Rs 950 crore with the agency.

As ED had contended that the proceeds of crime with respect to Vivo, at that time, was quantified at Rs 1,200 crore, the high court had also asked the company to maintain a balance of Rs 251 crore in the bank accounts, which was there at the time of freezing of the accounts, and it shall not be used till further orders.

During Monday's hearing, the 14 entities challenged the debit freeze orders passed by the ED which has claimed that these companies are the agents of Vivo.

The entities' counsel claimed they are not at all related to Vivo and they only purchase goods from the company and sell it further.

ED's counsel contended these entities have assailed the order after expiry of 30 days and this batch of firms is not confined to proceeds of crime quantified at Rs 1,200 crore.

The anti-money laundering agency's counsel said the material of search will show that transactions between these entities and Vivo that the money quantified as the proceeds of crime is Rs 38,641 crore.

He also said there are a total of 27 entities allegedly involved with Vivo in the matter and out of them 14 have approached the court.

In its petition, Vivo has sought quashing of the freezing order as well as permission to deal with its frozen bank accounts for making payments towards certain liabilities.

The probe agency had on July 5 raided several places across the country in the money laundering investigation against Vivo and its related firms.

The searches were carried out under the Prevention of Money Laundering Act (PMLA) in several states, including Delhi, Uttar Pradesh, Meghalaya, and Maharashtra.

On July 8, the high court had directed ED to attend to a representation made by Vivo seeking permission to deal with its frozen bank accounts for making payments towards certain liabilities.

Vivo's counsel had contended that ED can only seize what they have discovered in their search operations and not the company's bank accounts which were already disclosed to all the authorities.

He had said the freezing order denuded the company's financial autonomy.

Countering the submissions, ED's counsel had said, "To say that the company had disclosed all its bank accounts to the authorities is missing the woods for the trees and the nature of proceeds of crime have been discovered only in searches".

ED's counsel had earlier informed the court that around 2014, a company GPICPL-- was set up using forged documents by one person who is also the common ex-director of the petitioner .

An FIR came to be registered last year. 18 similar companies across India have been set up by Bin Lou (common ex-director of the petitioner). Large amounts of incriminating material have been found and are being analysed. All orders of Vivo were being placed through these 18 companies including GPICPL which alone has handled Rs 1200 crores, he had said.

On July 7, the investigating agency said Rs 62,476 crore had been "illegally" transferred by Vivo to China to avoid payment of taxes in India.

This money is almost half of Vivo's turnover of Rs 1,25,185 crore, it had said without stating the time period of the transaction.

Vivo, in its petition, has said, "Due to the amounts in the bank accounts being unavailable to the petitioner, the petitioner will be unable to pay its statutory dues (such as customs duties, GST, TDS, etc) to various authorities, as well as other expenses (such as salaries, rent, etc) because of which its business has now been set on a path towards a commercial and civil death."

The ED has filed the money laundering case after taking cognisance of a recent FIR of Delhi Police's Economic Offences Wing against a distributor of an agency based in Jammu and Kashmir where it was alleged that a few Chinese shareholders in that company forged their identity documents.

The ED suspects the alleged forgery was done to launder illegally generated funds using shell or paper companies and some of these "proceeds of crime" were diverted to stay under the radar of the Indian tax and enforcement agencies.