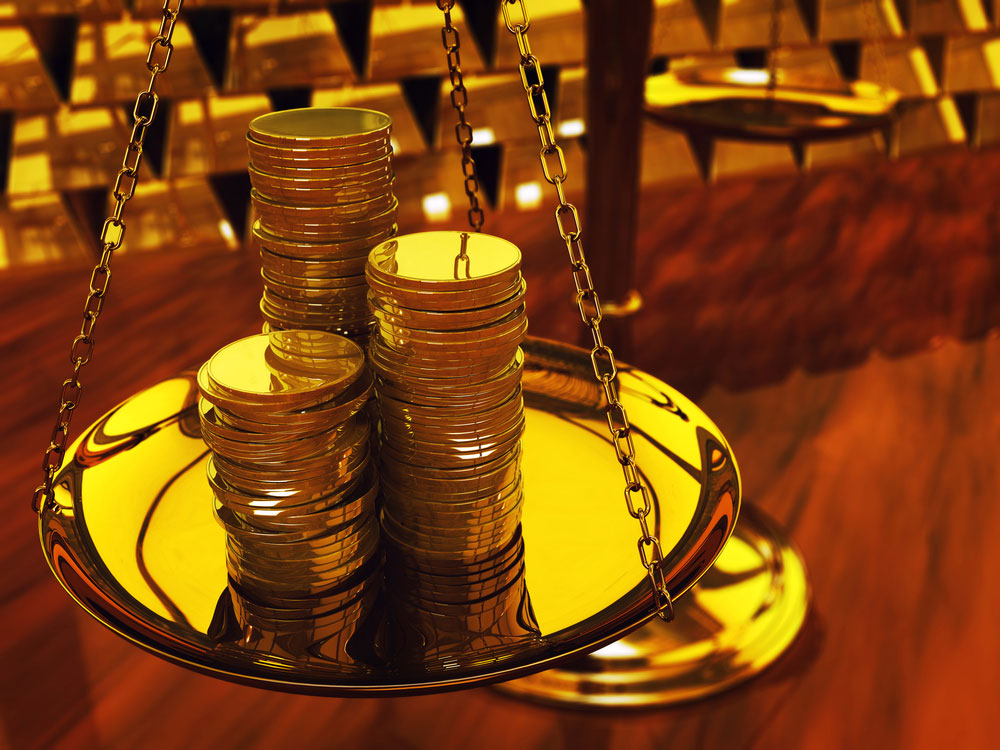 The Narendra Modi government has been trying to dissuade the public from holding gold
(Shutterstock)
Our Special Correspondent   |   Mumbai   |   Published 30.10.19, 07:32 PM

The government is exploring the possibility of floating a gold amnesty scheme, under which voluntary disclosure of gold will be regularised after paying a certain amount of tax.

Reports say the scheme will set a threshold for gold beyond which holdings will be taxed, though there has been no confirmation from the government on the proposal or on the contours of the scheme.

This is for the first time a disclosure scheme exclusively for gold is under consideration. Previous schemes such as Voluntary Disclosure of Income Scheme, 1997, and Income Disclosure Scheme, 2016 allowed individuals to disclose cash as well as gold and jewellery.

The scheme is likely to set a threshold for gold holdings, and individuals may have to make disclosures above that level. After the scheme closes, the penalty will be imposed only on unaccounted gold beyond the prescribed limit.

The Modi government has been trying to dissuade the public from holding gold, having launched a sovereign gold bond scheme that aims at reducing physical demand, while raising the customs duty on the yellow metal in the current budget to 12.5 per cent from 10 per cent.

India imports between 800 tonnes and 900 tonnes of the yellow metal every year, and estimates say the stock with domestic households is over 25,000 tonnes.

According to World Gold Council (WGC) data, the consumption of gold jewellery in the country stood at almost 167 tonnes in the second quarter of 2019 and purchase of bars and coins for investment at 44.5 tonnes.

News of the amnesty scheme has led to questions about its implementation, with the botched up demonetisation exercise of 2016 vivid in living memory. Besides, gold holds an emotional value and is inherited on many occasions; there may even be no purchase details with individuals.

There are also fears that after the declaration of the excess amount, the individual may face harassment from tax officials.

Reports say gold jewellery of married women below a certain amount will be exempted from the scheme.

The Modi government had announced a number of schemes to ferret out black money, besides discouraging the hoarding of gold in physical assets.

In November 2016, the government had scrapped Rs 500 and Rs 1,000 notes to unearth black money. However, 99.3 per cent of the notes returned back to the banking system.

It had also come out with the Income Declaration Scheme, 2016 just before demonetisation.

The scheme provided an opportunity to persons who had not paid full taxes in the past to come forward and declare their domestic undisclosed income and assets.

The scheme received 64,275 declarations worth Rs 65,250 crore of hitherto undeclared income in the form of cash and other assets. It yielded more than Rs 29,000 crore in taxes to the government.

The government had also launched the sovereign gold bond scheme in November 2015 to reduce the demand for physical gold and shift a part of the domestic savings used for the purchase of the yellow metal into financial savings.

Under the scheme, the bonds are denominated in units of one gram of gold and its multiple.