As much as 60% of the retail price of petrol, which has crossed the Rs 100-mark in several cities, is made up of central and state taxes 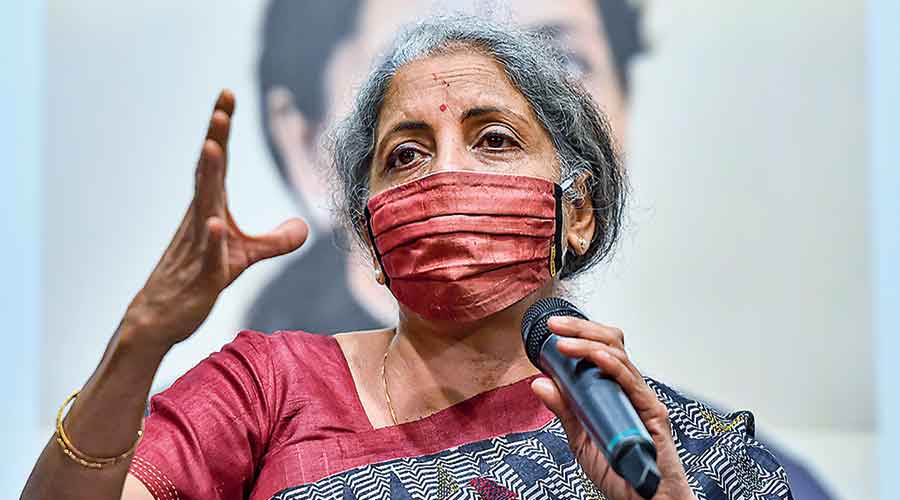 The steep fuel price hike has become a political hot potato with finance minister Nirmala Sitharaman deftly trying to share the onus of bringing down the rates with the states.

“It’s a vexatious issue in which no answer except for a fall in fuel price will convince anyone. Both the Centre and the states should talk to bring down the retail fuel price to a reasonable level,” she told reporters in Chennai.

As much as 60 per cent of the retail price of petrol, which has crossed the Rs 100-mark in several cities, is made up of central and state taxes. “I can do that (cut taxes) if I have a certain guarantee that my revenue foregone will not be an opportunity for somebody else to get into this space and gain that... It is a maha bhayankar dharma sankatam,” she said.

On bringing petrol and diesel under GST, she said:   “There can be just one tax that can be shared by the Centre and the states rather than the states having their own and the Centre having its own.”

This would further usurp states’ revenue and increase their dependence on the Centre, analysts said.

In a separate event, Sitharaman asked India Inc to unleash its animal spirits to put the economy on a sustainable path of recovery and urged credit rating agencies to grade the economies in a relative sense and not in silos.