The fiscal deficit at the end of September was about 114.8 per cent of the annual budget estimate 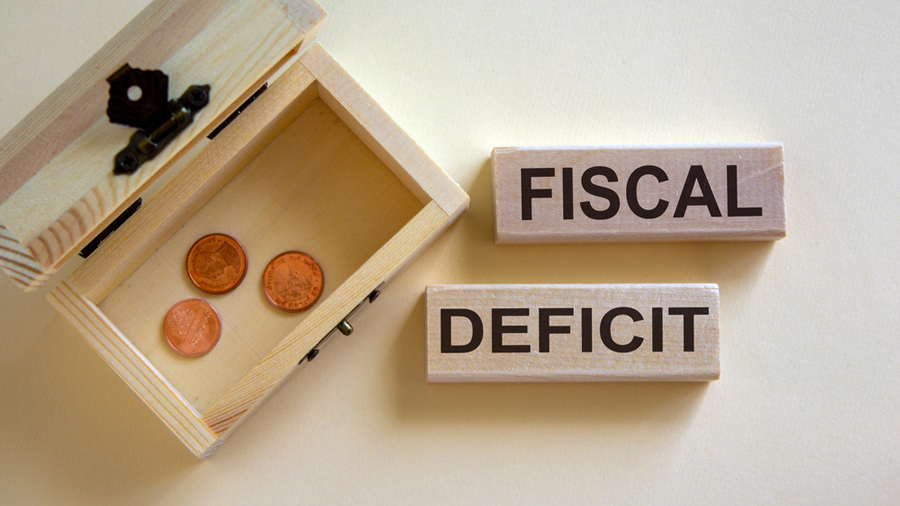 The fiscal deficit widened to Rs 9.53 lakh crore, which is 119.7 per cent of the Rs 7.96-lakh-crore budgeted target, at the end of October of the current financial year.

The deficit widened mainly on account of poor revenue realisation. The lockdown imposed to curb the spreading of coronavirus had significantly impacted business activities and in turn contributed to sluggish revenue realisation, according to official data released on Friday.

The fiscal deficit at the end of September was about 114.8 per cent of the annual budget estimate.

The fiscal defict or gap between the expenditure and revenue had breached the annual target in July this year.

“The fiscal deficit is at Rs 9.53 lakh crore which would be roughly 4.8-5 per cent of GDP if it holds for the full year. We believe the deficit based on the expenditure allocations announced by the FM will double this amount taking the ratio of close to 9-9.25 per cent for the year. Hence, while tax collections can increase in proportion to growth in the next four months, it may not be possible to recoup the losses in the first 7-8 months,” said Madan Sabnavis, chief economist at Care Ratings.

Aditi Nayar, principal economist at Icra, said, “The overall fiscal picture for the April-October 2020 period remains grim, although the expansion in gross tax revenues as well as capital spending in the month of October 2020 are encouraging. We expect the fiscal deficit to widen to Rs 14.5 trillion or 7.7 per cent of GDP in 2020-21 from the budgeted level of Rs 8 trillion and Rs 9.4 trillion in 2019-20 (provisional).”

Total receipts in the April-October period of 2019-20 was nearly 45 per cent of the annual target.

In the current financial year, Rs 2,97,174 crore was transferred to state governments as part of devolution of share of taxes by the Union government till the end of October. The amount under devolution was Rs 69,697 crore lower compared to the year-ago period.

Out of the total revenue expenditure, Rs 3,33,456 crore was from interest payments and Rs 1,85,400 crore on account of major subsidies.

For this financial year, the government had pegged the fiscal deficit at Rs 7.96 lakh crore or 3.5 per cent of the GDP in the budget which was presented by Finance Minister Nirmala Sitharaman in February 2020. These figures, however, may have to be revised significantly in view of the economic disruptions created by the outbreak of the coronavirus.

Fiscal deficit had soared to a seven-year high of 4.6 per cent of the Gross Domestic Product (GDP) in 2019-20, mainly due to poor revenue realisation.