Finance minister writes to states on terms of GST offer 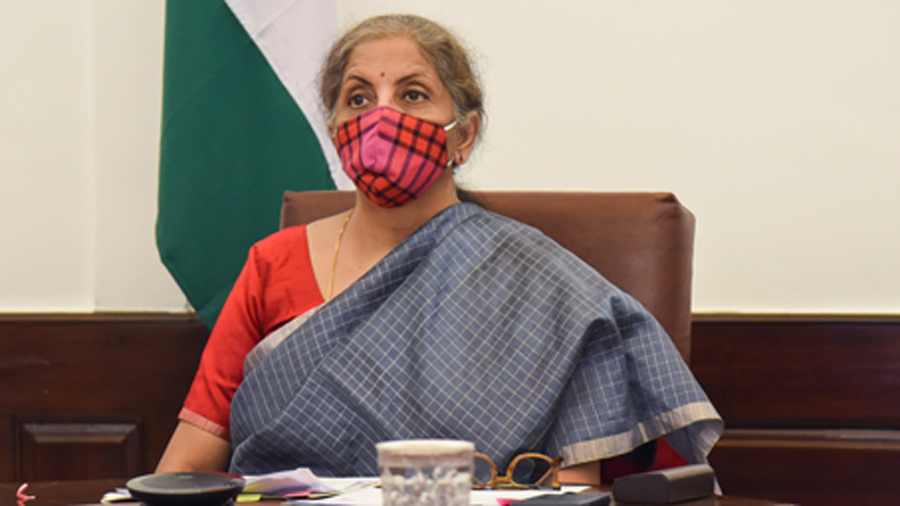 After making a U-turn on borrowing to compensate the states for GST revenue loss, finance minister Nirmala Sitharaman has written to them on the terms under which the Centre will borrow a sum of Rs 1,10,208 crore from a special window and pass it on to the states as loan.

However, the letter lacked clarity on several counts including the interest rate and whether the states or the Centre will pay the administrative and the service costs of borrowing the sum.

The letter of the finance minister says “the interest rate will be very reasonable” but does not confirm the earlier promise “to bear the margin between G-Secs and the average of State Development Loan yields up to 50 basis points) through a subsidy”. The margin relates to the borrowing the states themselves will do to the tune of Rs 1.06 lakh crore over and above the Rs 1.10 lakh crore borrowing.

“Under this scheme, state governments get funds from two sources. First, they will get loans through a special window arranged by the Government of India. The special window covers the shortfall arising from the implementation of the GST (calculated at Rs 1,10,208 lakh crore),” the letter by Sitharaman said.

“The second source is through additional unconditional market borrowing. The condition attached to the final portion of the borrowing package issued on May 17, 2020 will be relaxed. Thus, states will be able to borrow an amount equivalent to 0.5 per cent of GSDP without meeting any reform conditions,” the letter said.

The letter said the states will get access to resources of over Rs 2,16,000 lakh crore  this year comprising Rs 1,10,208  crore (from the special window) plus Rs 1,06,830 crore (because of the relaxation of the borrowing headroom under the package in May to the extent of 0.5 per cent of GSDP without condition.

The Centre said the Rs 2.16 lakh crore will more than cover what the states were supposed to get this year. Out of the estimated GST shortfall of Rs 2.35 lakh crore this year, only Rs 1.83 lakh crore would have been payable this year as the dues for February and March 2021 would be rolled over to the next year.

“States are opposed to borrowing on their own account. States are right. There is no difference between the first amount and the second amount,” Chidambaram said. He also asked the Centre to resolve the impasse immediately by offering the same terms for Rs 1,06,830 crore as it has now offered for Rs 1,10,208 crore.

Kerala finance minister Thomas Isaac in a tweet said:  “But there is one issue yet to be resolved — how much of compensation is to be  deferred to 2023? Negotiate this point and reach a consensus.”