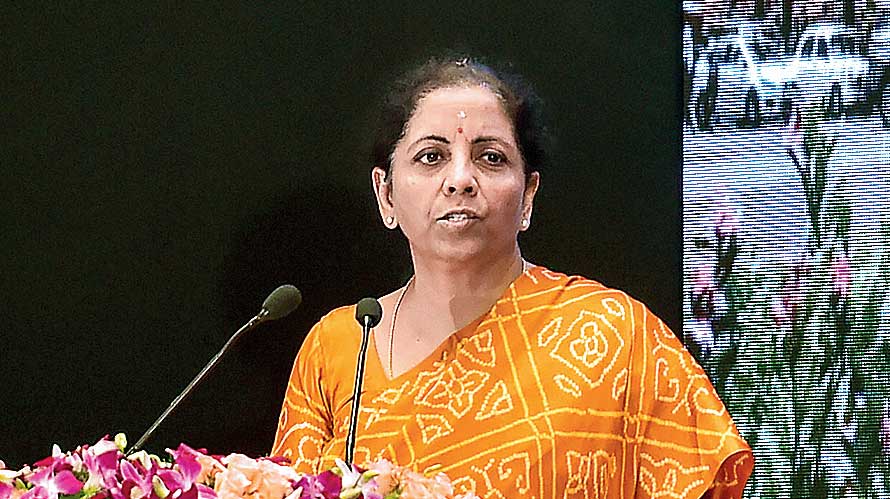 Finance minister Nirmala Sitharaman on Monday ignited a glimmer of hope that the Modi government might still be prepared to work out an arrangement to enable cash-strapped telecom companies to pay long-pending dues that have been estimated at Rs 1.47 lakh crore.

The minister’s cryptic comment seemed to indicate that the Modi government might be ready to consider a plea for the extension of the latest March 17 deadline that the Supreme Court has set for the payment of dues that are linked to telecom licence fees and spectrum usage charges.

The government and the telecom entities have bickered for close to 14 years over the formula for calculating the dues which was finally resolved by the apex court’s verdict on October 24 last year that upheld the Centre’s interpretation.

“The (telecommunications) department is fully in touch with the companies and I will wait to hear from the department…so that we will know what the position is that the department wants to take on the matter,” Sitharaman told reporters here today.

The finance minister also said that the department of revenue will come out with a set of clarifications in a day or two to address the volley of questions that have been raised by industrialists, businessmen and chartered accountants about the working of the Vivad se Vishwas scheme unveiled in the recent budget in an attempt to settle income tax disputes that have been pending in various courts and tribunals across the country.

“I am sure that in a day or two the department of revenue will be able to give some information because the amendments has gone to the Lok Sabha secretariat. Now the (Parliament) members will be notified of all these amendments,” she said.

Sitharaman, the former defence minister who had launched a robust defence of the Modi government’s negotiation of the Rafale jet fighter deal, was reluctant to field a pointed question about Anil Ambani’s latest woes.

Ambani had declared in UK court recently that he had zero net worth and would not be able to pay back loans worth $ 680 million to Chinese lenders.

Ambani’s firm is the offset partner of Dassault Aviation of France.

Asked if the latest developed embarrassed the Modi government now, she said: “I would leave that question to be determined wherever, by whichever court he has gone to, rather (than) me commenting on it.”