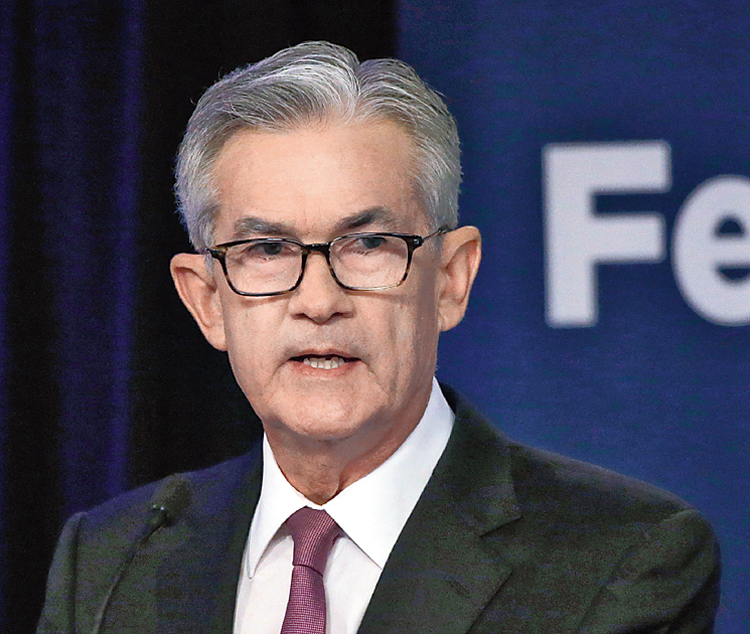 The US Federal Reserve held interest rates steady on Wednesday but signaled possible rate cuts of as much as half a percentage point over the remainder of this year, as it responded to increased economic uncertainty and a drop in expected inflation.

The US central bank said it “will act as appropriate to sustain” the economic expansion as it approaches the 10-year mark and dropped a promise to be “patient” in adjusting rates. Nearly half its policymakers now show a willingness to lower borrowing costs over the next six months.

While new economic projections showed policymakers’ views of growth and unemployment largely unchanged, they saw headline inflation at just 1.5 per cent for the year, down from the 1.8 per cent projected in March.

They also expect to miss their 2 per cent inflation target next year as well.

Seven of the 17 policymakers said they expected it would be appropriate to cut rates by half of a percentage point by the end of 2019, and an eighth saw a rate cut of a quarter point as appropriate.

That was not enough to change the median outlook for the Fed’s targeted overnight lending rate, which officials projected to remain in a range of between 2.25 per cent and 2.50 per cent for the rest of this year.

But it still represented a significant shifting of views on the Fed. It appeared many, and perhaps most, policymakers trimmed a full half percentage point from their outlook for rates. Only one policymaker continues to see a rate hike as likely in 2019. The long-run federal funds rate, a barometer for the state of the economy over the long term, was cut to 2.50 per cent from 2.80 per cent.

Along with the change in the policy statement, Wednesday’s projections open the door for the central bank to lower rates in short order if the economy weakens, or US trade disputes with China and other nations escalate.

The Fed continued to regard the labor market as “strong” and said “sustained expansion of economic activity” and eventually rising inflation were still “the most likely outcomes.” The drop in inflation, however, was a blow for a central bank hoping to reach its target sometime next year.

The Fed policy meeting was the first since US President Donald Trump raised tariffs on $200 billion of Chinese imports,