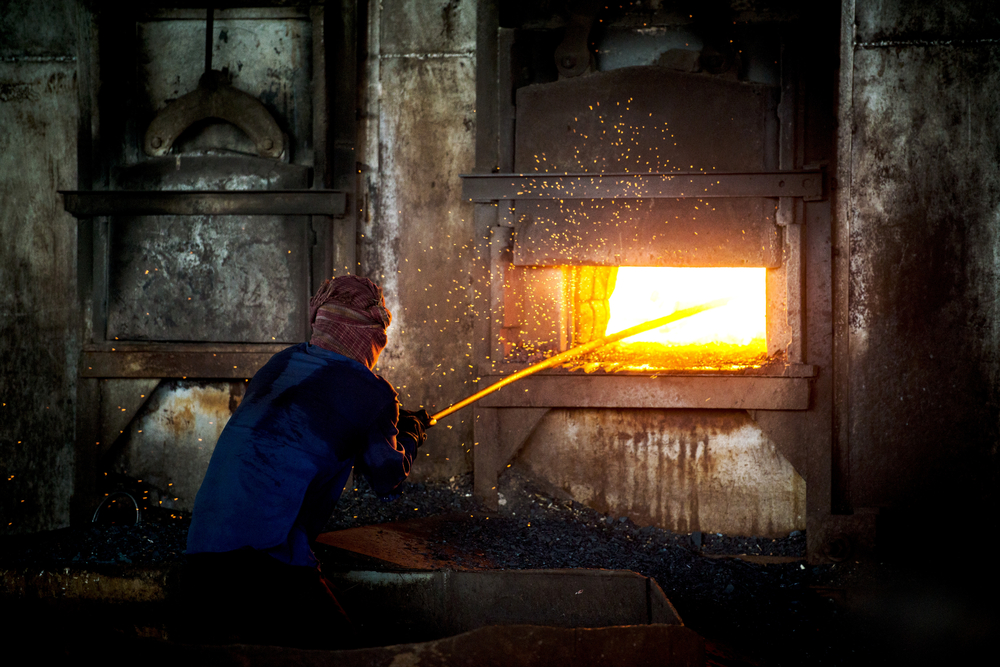 The country’s industrial output slumped to a four-month low of 2 per cent in June, pulled down by poor performance of mining and manufacturing.

Factory output, as measured by the index of industrial production (IIP), had expanded 7 per cent in June 2018.

According to data released by the ministry of statistics and programme implementation, industrial output grew 3.6 per cent in the April-June quarter this fiscal, down from 5.1 per cent growth a year ago.

There was a slowdown in the manufacturing sector, which grew at 1.2 per cent in June 2019 compared with 6.9 per cent a year ago. The capital goods segment, which is a barometer of investment, saw a contraction of 6.5 per cent in June against a 9.7 per cent growth a year ago.

Mining growth dropped to 1.6 per cent in June from 6.5 per cent in the corresponding month of the previous fiscal. The expansion in power generation stood at 8.2 per cent compared with 8.5 per cent earlier.

Aditi Nayar, principal economist with Icra, said, “Although the sequential dip in industrial growth is partly on account of the base effect, the anaemic June 2019 IIP print as well as the year-on-year contraction in 15 of the 23 sub-sectors of manufacturing, reinforce the evidence of a slowdown in various sectors.”

“The mild 3.6 per cent industrial expansion in Q1 of FY2020, subdued earnings in several sectors, muted central government expenditure before the Union Budget and the unfavourable rabi harvest of most crops suggest that GDP growth may be capped at around 6.1 per cent in the just-concluded quarter,” she said.

According to use-based classification, the primary goods segment grew 0.5 per cent, intermediate goods 12.4 per cent and infrastructure or construction goods (-) 1.8 per cent in June 2019.

Consumer durables and non-durables recorded growth of (-) 5.5 per cent and 7.8 per cent, respectively.

In terms of industries, eight out of the 23 industry groups in the manufacturing sector have shown positive growth during June over the same month a year ago.

The industry group “Manufacture of basic metals” showed the highest growth of 17.7 per cent, followed by 16.5 per cent in food products and 10.3 per cent in tobacco products.

On the other hand, the industry group “Manufacture of paper and paper products” witnessed the highest negative growth of (-) 19.9 per cent, followed by (-) 14.3 per cent in furniture and (-) 13.9 per cent in motor vehicles, trailers and semi-trailers.

The RBI had underlined the need to address growth concerns by boosting aggregate demand.

At its meeting this week, the monetary policy committee of the RBI had reduced the repo rate by 35 basis points to push growth. It had also revised GDP growth for the year to 6.9 per cent from 7 per cent, earlier.

RBI governor Shaktikanta Das had said he considered the present slowdown as a cyclical slowdown and not a structural one. “Nevertheless, there is a need for structural reforms. We are still working on it,” he said.