Sequentially the economy actually slowed down 16.9% over the Jan-Mar quarter and was 9.2% short of the pre-Covid GDP number for the first quarter of 2019-20 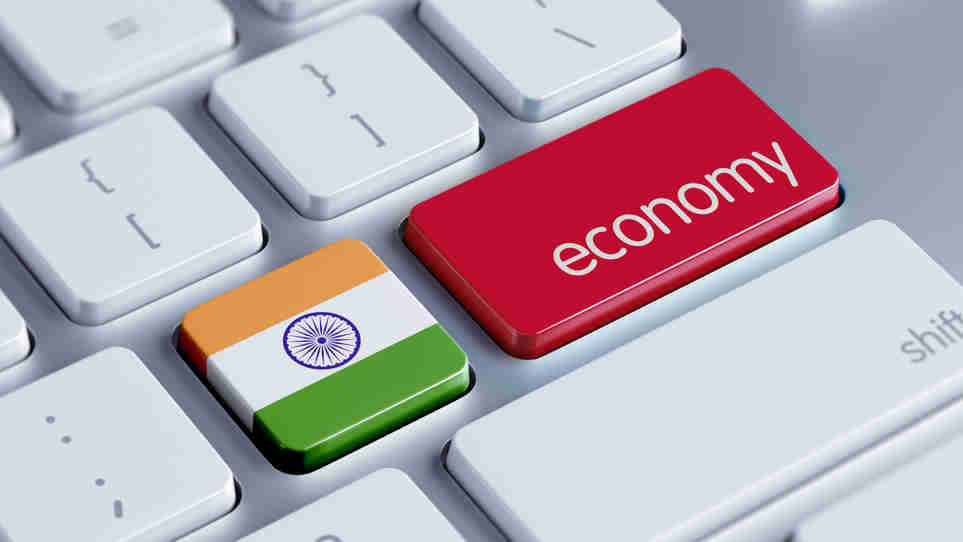 Sequentially the economy actually slowed down 16.9 per cent over the January-March quarter and was 9.2 per cent short of the pre-Covid GDP number for the first quarter of 2019-20.

The sequential contraction in GDP in the first quarter of the current fiscal came after three consecutive quarters of expansion.

The economy had contracted a massive 24.4 per cent in April-June 2020 after one of the world’s most stringent lockdowns was imposed to curb the spread of coronavirus infections, crippling economic activity.

The government’s chief economic adviser K.V. Subramanian said private investments and consumer spending were driving a V-shaped recovery, and that the economy was well placed to deal with the impacts of any move by the US Federal Reserve to tighten liquidity.

But there were many who held a different view.

“The sharp year-on-year expansion in Q1 FY2022 is analytically misleading, with a sequential slowdown of 16.9 per cent over the fourth quarter of FY2021 and a shortfall of 9.2 per cent relative to the pre-Covid level of Q1 FY2020,” said Aditi Nayar, chief economist at Icra.

Even more troubling is the fact that there is no sign of a resurgence in demand or investment. Private final consumption expenditure (PFCE), which largely measures household spending, remained 11.9 per cent lower than in the same quarter of 2019 at Rs 17.83 lakh crore while gross fixed capital formation (GFCF) — a proxy measure for investment — plunged 17.10 per cent to Rs 10.22 lakh crore from the level in the comparable pre-Covid quarter.

Agriculture and electricity, gas and other utilities were the only two sectors that displayed growth rates of 8.2 per cent and 3 per cent over the 2019 numbers. Trade, hotels and transport was down by over 30 per cent while construction was floundering at almost 15 per cent lower than the same quarter in 2019.

Growth in the manufacturing sector — which underpins non-farm jobs — was over 4 per cent lower at Rs 5.43 lakh crore from the level of Rs 5.67 lakh crore in the first quarter of 2019-20.

Gross value added (GVA) — which strips out the effects of taxes and subsidies — was down by 7.8 per cent from the level in 2019, which made the government’s insistent talk about an economic recovery sound hollow.

Many analysts said the risk of spiking infections from the Delta variant and the sluggish pace of vaccinations in some states could slow momentum, with the economy unlikely to regain its pre-pandemic size of about $2.9 trillion before the middle of fiscal year 2022-23.

“The vaccination progress will be crucial, given the possibility of a third wave of infections and the experience of countries which witnessed it,” said Sreejith Balasubramanian, economist-fund management at IDFC AMC in Mumbai.

Rumki Majumdar, economist at Deloitte India, said: “The devil is in the detail and clearly, consumption spending has lagged suggesting that pandemic uncertainties are weighing on household finances and outlook. With risks looming over pent-up demand, the biggest driver of growth may take a while to take off.

“The record year-on-year rise in Q1 of FY2021-22 was due entirely to the base effects. The risk of further outbreaks clouds the outlook,” Shilan Shah, senior India economist, Capital Economics, said.

The central government’s fiscal deficit stood at Rs 3.21 lakh crore, or 21.3 per cent of the budget estimates, at the end of July, according to the data released by the Controller General of Accounts on Tuesday.

The deficit figures this fiscal appear much better than the previous financial year, when it soared to 103.1 per cent of the estimate, mainly on account of a jump in expenditure to deal with the pandemic.

Moody’s Investors Service on Tuesday said the economic activity in India is picking up with the gradual easing of restrictions and there could be further upside to growth. Moody’s retained India’s growth forecast for the 2021 calendar year at 9.6 per cent.