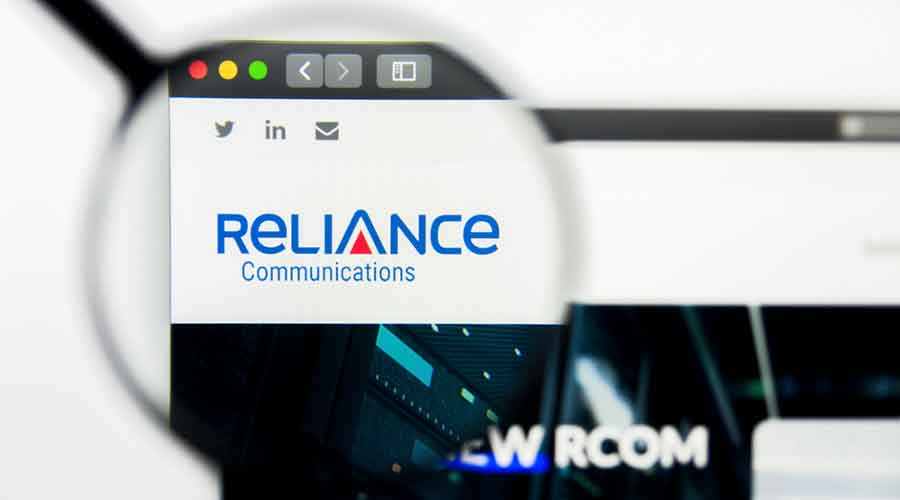 The DoT has been pressing hard to realise Rs 1.47 lakh crore in pending telecom dues from 15 mobile telephony licence holders, many of whom have already hit the wall and no longer offer services.
Shutterstock
Our Legal Reporter   |   New Delhi   |   Published 15.08.20, 03:50 AM

State Bank of India, the lead banker of the committee of creditors which is overseeing the bankruptcy resolution process at Reliance Communications (R-Com), has virtually tried to repudiate the Centre’s claim to roughly Rs 25,000 crore worth of unpaid telecom licence fee dues of the former Anil Ambani-owned company.

Creditor banks had steered R-Com into the insolvency process in May 2019, ostensibly giving it a cloak of protection against operational creditors, including the department of telecom (DoT).

The DoT has been pressing hard to realise Rs 1.47 lakh crore in pending telecom dues from 15 mobile telephony licence holders, many of whom have already hit the wall and no longer offer services.

Salve told the court that the CoC had “complete autonomy to decide who gets how much”. In several IBC cases, operational creditors have received next to nothing as the financial creditors pounced on the assets of the bankrupt firms.

“Operational creditors (like DoT) cannot be paid on a par with the financial creditors,” Salve told the court during the hearing.

Salve went on to add that SBI believed that the spectrum that had been leased to R-Com for 20 years had to be treated as an asset of the telecom companies — a line of argument that the Centre has consistently challenged on the grounds of Constitutional privileges that confer rights to all resources in the country, including radio waves on the sovereign.

The R-Com spectrum has been farmed out to Reliance Jio under a spectrum sharing deal in 2016.

The apex court bench comprising Justices Arun Mishra, S. Abdul Nazeer and M.R. Shah wanted to know the details of the spectrum sharing pact and asked why Jio could not be asked to pay the adjusted gross revenue (AGR) related telecom dues on behalf of R-Com.

“Jio needs to explain why we should not catch hold of you to pay the AGR dues. By sharing R-Com revenue, you (Jio) have gained revenue... this is revenue sharing.

If Jio is using public assets like spectrum, why should Jio not be liable to pay the AGR dues.”

The bench asked the DoT to submit the documents certifying all spectrum sharing arrangements.

Senior advocate Shyam Divan, who appeared for the resolution professional appointed to look after the day-to-day affairs at R-Com, said the government had been informed about the spectrum sharing agreement in 2016 and relevant fees paid.

“When the sovereign right is transferred to the telco for using spectrum, can the dues arising become subservient to the dues claimed by secured creditors?” Justice Mishra observed.

“There is a need to ensure that the IBC is not misused by companies to escape liabilities,” the bench said.

We can lay down the law if required for the IBC process. Dues arising out of the use of natural, public resources cannot be (treated as) merely operational dues, a matter of public money,” Justice Mishra observed.

On July 2, the apex court had agreed to consider a staggered payment schedule for the long-pending AGR dues of the telecom companies. But before it passed its verdict, the court had sought clarity on the insolvency claims made by R-COm, Videcom and Shyam Sistema Teleservices.

The court wanted the other insolvent telecom companies like Aircel and Shyam Sistema to also come out with details of their spectrum sharing agreements, if any, with other players.