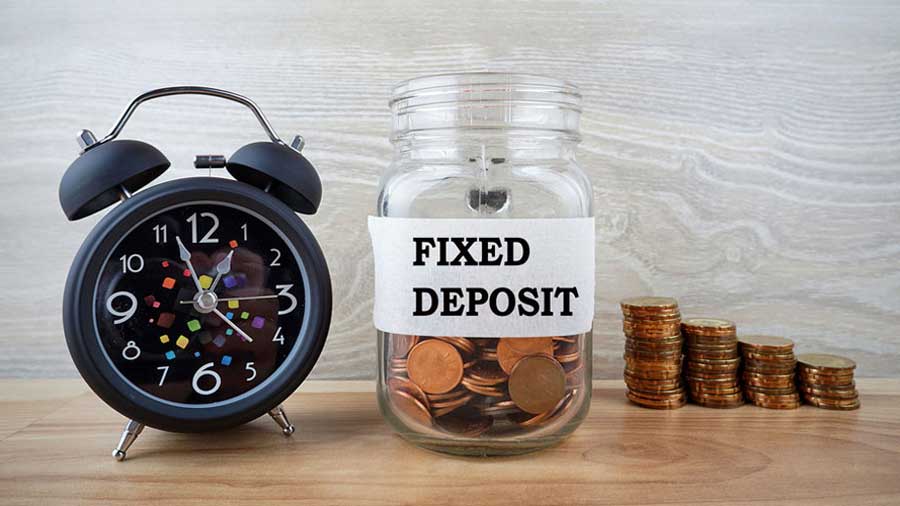 Let’s face it... the interest rates on fixed deposits have been unappetising for sometime now. The macroeconomic environment required low interest rates. That’s what we have got in the last two years. The inflation rate is hovering over 6 per cent. However, FDs with tenors around one to two years return around 4.9-5.1 per cent before tax. After tax, the real returns may be less than -3 per cent.

In such a scenario, the deposit is not growing your money. It’s making it smaller. Rates have started inching up now. But the increments are marginal. Real returns may remain negative if inflation continues to harden.

This creates profound difficulties for those dependent on interest earnings. For senior citizens their interest incomes have gotten smaller and their living costs have substantially gone up. What should they do?

With government bank deposits, the best rates are typically for tenors above five years. The rates on offer currently from the largest government banks range from 4.9 per cent to 5.50 per cent.

For example, Canara Bank offers 5.50 per cent on tenors between five and 10 years, and 6 per cent for senior for citizens.

With shorter tenors up to three years, the rates are typically between 4.9 per cent and 5.3 per cent. Some banks go up to 5.45 per cent. Elsewhere, the post office provides time deposits at 5.5 per cent for one, two, and three years, but the highest rate of 6.7 per cent is for five years.

With private banks, it’s the same story. The longer tenors rates go as high as 6.25 per cent to 6.5 per cent. For example, IndusInd Bank advertises rates of 6.5 per cent on tenors between two years and under 61 months, and 7 per cent for senior citizens. Many banks go above 5.75 per cent. They expect you to lock in to longer tenors for higher rates. But the point remains. Even the highest rates may not be enough in the current scenario. What's the solution?

There’s a clear gap between the rates of private banks and government banks. If you are looking for better returns than 5 per cent, you may want to consider depositing at private banks.

Second, while longer tenors offer better rates, you may not necessarily want to lock in to them right now. Rates are going to start rising soon. It may be wiser to remain in shorter tenors, even with lower rates. Then, as rates rise, lock in to them. As things stand, it is likely that 2022 will have multiple rate hikes.

The other split you will see in the rates is between large banks and small banks. Large banks are considered safer, present lower risks to the depositor, and, therefore, offer lower rates than smaller banks.

This holds true whether the bank is private or government. For example, HDFC and ICICI’s tenors above five years advertise a rate of 5.45 per cent, and 6.35 per cent for senior citizens. This isn’t too far from SBI’s rates for the same tenor: 5.5 per cent and 6.3 per cent.

The risks notwithstanding, smaller banks also need to grow their business. Therefore, they provide higher rates to attract new depositors.

The best rates are typically offered by small finance banks. For example, on the three-year tenor, Suryoday Small Finance Bank offers 7 per cent, with 7.5 per cent for senior citizens. While picking any small bank for deposits, customers need to be mindful of the bank’s stability. For instance, all banks whose licences were recently cancelled by the RBI for various reasons were cooperative banks. Not all small banks are risky. You only need to stay away from the ones with obvious signs of trouble such as a high ratio of bad debts. The safety net you can give yourself is depositing no more than Rs 5 lakh with any small bank. This is the limit to which the RBI’s insurance deposit scheme would cover you, should your bank fail.

If you are dependent on interest income, you cannot ignore company deposits. It is important to pick highly rated companies that can pay back your interest and principal in a timely manner. In this regard, AAA-rated company FDs are your best bet. For example, HDFC Ltd advertised a special FD rate of 6.8 per cent for 99 months, with an additional 25 basis points for senior citizens.

If you want to take higher risks for higher rewards, you will need to go with companies with lower ratings. For example, Shriram City offers a term deposit with an AA rating at 7.75 per cent for 60 months, with a rate of 8.05 per cent for senior citizens. When investing in company deposits, calibrate your exposure according to risks. Remember that company deposits do not have the benefit of deposit insurance that bank deposits have. The ratings are a useful way to assess credit risk.

For higher long-term real returns, consider looking beyond fixed deposits. Market instruments such as equities, mutual funds, bond funds, and state, central government, and corporate bonds are ways to get better returns. Bank deposits, ultimately, are instruments of savings and generate savings-like returns. For inflation-beating returns, you need to turn to the markets.

The writer is CEO, bankbazaar.com