The forecast is based on its analysis of over 300 companies, and it marks the second year-on-year decline in 12 quarters 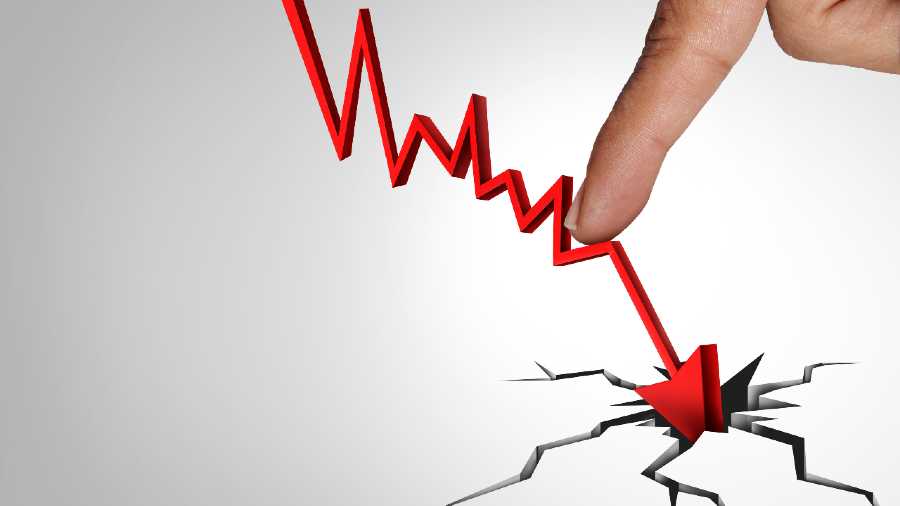 Rating agency Crisil has warned  corporate profitability dwindled 200-300 basis points in the January-March 2022 quarter over the previous year inspite of a decent start to the results season from TCS which reported profits and revenues in line with estimates.

Crisil’s forecast is based on its analysis of over 300 companies, and it marks the second year-on-year decline in 12 quarters.

According to Crisil, average EBITDA (earnings before interest, taxes, depreciation and amortisation) margin likely declined 40-60 basis points sequentially in the fourth quarter of 2021-22.

Margins in construction-linked sectors are likely to have fallen the most at 500-600 basis points compared with the previous year quarter followed by exports-linked and industrial commodities sectors, where they eroded around 400 basis points.

Within construction, steel products saw a sharp contraction of over 900 basis points over the previous year period as input cost escalation — both coking coal and iron ore prices are up —  was higher than the rise in steel prices. Prices of flat steel products were on the average around 25 per cent dearer in the fourth quarter of the fiscal. Aluminium prices were up 53 per cent in the quarter.

During the period, the price of Brent crude surged nearly 31 per cent, while the spot gas price jumped 1.3 times and coking coal 2.8 times from a year ago.

Corporate revenue is estimated to have grown 16-18 per cent year-on-year in the fourth quarter, largely supported by price hikes.

Revenue grew across sectors, led by a moderate rise in volume and firm commodity prices.

"Volume gains were largely attributed to pick-up in economic activity. On a sequential basis, corporate revenue is estimated to have grown around 5 per cent on-quarter,’’ Crisil said.

While the Russia-Ukraine conflict has sent crude and natural gas prices soaring, trade across metals such as steel may experience uncertainty.

Gandhi said this will lead to the elevated prices of commodities and hence continued pressure on profitability.