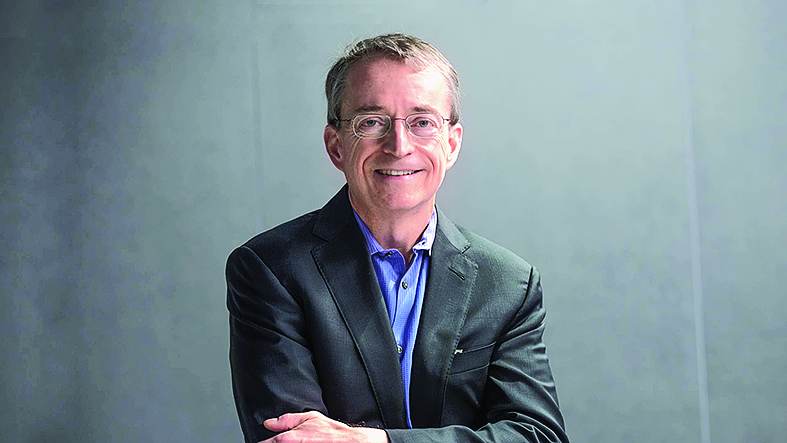 The head of chip maker Intel says a shortage of advanced equipment to make semiconductors could hold up its global expansion plans.

CEO Pat Gelsinger said Monday that there have been “quite significant extensions” in delivery times for chipmaking gear for new chip factories, known as “fabs,” that the company plans to build in the US and Europe.

Gelsinger said at a press roundtable on the sidelines of the World Economic Forum that “to us, this is now the No. 1 issue, is in fact the delivery of equipment.”

When asked about chip shortage by a reporter who asked: “What inning are we in?

Gelsinger said: “You know, we’re about halfway through. And my expectation now is that it persists through 2024. And the big issue that we’ve additionally faced over the last six to nine months is equipment that goes into the fabs. You know? So now we and others are building the fabs, but we need the equipment to come into the fab to turn them into manufacturing output. And those equipment lead times have pushed out pretty substantially over the last six months.”

A handful of suppliers make high-tech semiconductor manufacturing gear, such as Dutch company ASML. A shortage of semiconductors that erupted last year hurt the availability of everything from autos to kitchen appliances and highlighted the industry’s vulnerability to manufacturing centered in Asia.

Intel announced tens of billions of investment in new chipmaking facilities for Europe, including a new fab mega site in Germany and expansion in Ireland. In January, it announced a plan for a $20 billion plant in Ohio.

Gelsinger said supply of chipmaking equipment is “the most important pinch point to the build-out of capacity today”.

He added that he’s urging authorities in the US and Europe, which have each launched their own “Chips Act” to promote national semiconductor manufacturing, to speed up the legislation.

While the world economy faces headwinds, current growth forecasts offer a buffer against a potential global recession, the International Monetary Fund’s No. 2 official said on Monday.

Among the major threats to economic growth, IMF First deputy managing director Gita Gopinath told Reuters that the conflict in Ukraine could escalate, adding: “You could have sanctions and counter sanctions.”

Gopinath said in an interview on the sidelines of the World Economic Forum in the Swiss resort of Davos that the other challenges included inflation, a tightening of interest rates by central banks and a slowdown in Chinese growth.

“So all of these provide downside risks to our forecast,” Gopinath said, with reference to the IMF’s 2022 growth forecast issued last month of 3.6 per cent, a downgrade from a 4.4 per cent estimate in January.

“I would say at 3.6 per cent there is a buffer,” she said, conceding, however, that risks are uneven around the world.