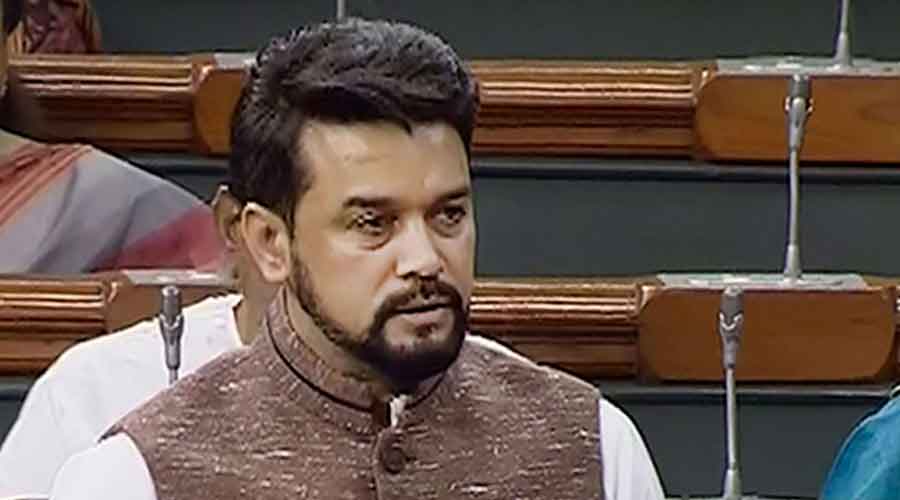 Bengal and the eastern states of India could see more central support towards infrastructure development, Union minister of state for finance Anurag Thakur said on Monday.

Thakur was in the state ahead of the Union budget to meet tax professionals and GST officials.

“You will see in the coming months and coming years, there will be a lot of money spent in the east and northeastern part of India and infrastructure development is a priority for the government of India,” Thakur said.

“If India has to achieve a double-digit growth rate, then the growth has to come from the east and Northeast. We see a lot of potential and that is why we are here before the budget session to take feedback from professionals like you,” said Thakur at a gathering of tax advocates, chartered accountants and company secretaries.

The minister said with the upcoming elections in Bengal, citizens have to ask why businessmen tend to hesitate before making any investment in the state and whether there is an adequate ecosystem to foster the development of unicorns (startups with valuations of over $1 billion).

The minister was presented with several suggestions both on the direct and indirect tax side for consideration in the Union budget.

On GST, a key suggestion was on the cash flow and input tax credit fronts.

“The recently introduced rule 86B placing a restriction on using ITC to the extent of 99 per cent of liability may be proposed for curbing fake invoices, but many genuine taxpayers are facing blockage of credit and cash flow issues due to this,” said N.K. Goyal, president of DTPA.

On the direct tax side, Narayan Jain, president CCI Professionals Forum, said there is a need to simplify and shorten income tax returns and revise the monetary limits on presumptive taxation and tax audits.

Jain also urged the minister to consider modification to the definition of relatives under section 56(2) of the Income Tax Act.

“Under the present definition, if an uncle gives a gift to his nephew, it is exempt as they are treated as relatives. But in case of a gift given by nephew to his uncle it is not exempt. There are unnecessary litigations on the point,” Jain said in a statement.

A book titled Income Tax Pleading and Practice written by Narayan Jain and Dilip Loyalka was also released by Thakur.