Centre to offer incentives to states to monetise their assets

The incentive is in the form of a 50-year interest free loan, with Rs 5,000-crore allocated in the present budget 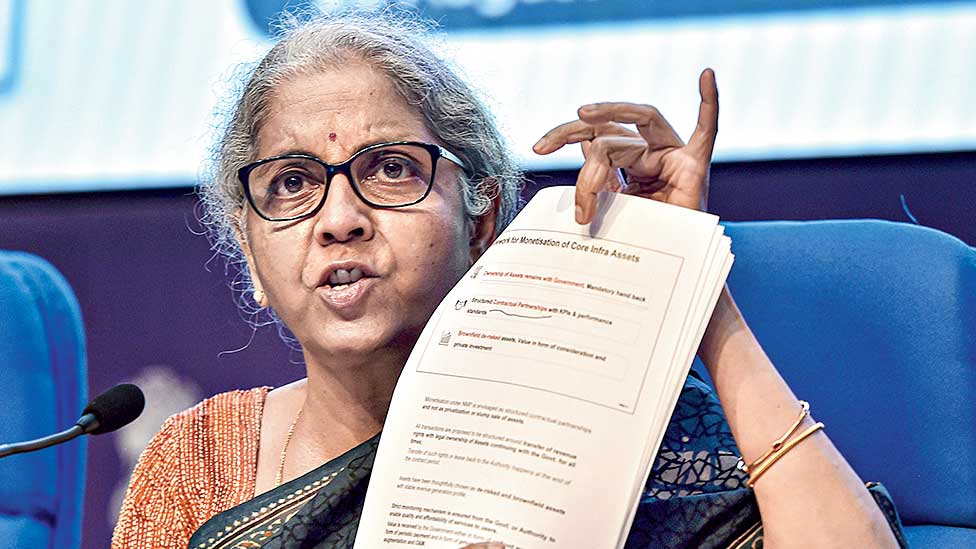 The Modi government has said it would offer incentives to states to monetise their assets, which is over and above the Rs 6 lakh crore NMP programme.

The incentive is in the form of a 50-year interest free loan, with Rs 5,000-crore allocated in the present budget.

A Niti Aayog document on the national monetisation plan (NMP) said in the case of monetisation, the sum will be deposited in state consolidated funds or in the account of state public sector enterprises owning the assets.

The allocation and disbursement is subject to the realised amount being necessarily used for capital expenditure by states.

“Funds provided to the states under the scheme by the Government of India shall be used for new and ongoing capital projects, for long term benefit to the state.”

“The funds may also be used for settling pending bills in ongoing capital projects,” the report said.

NITI Aayog CEO Amitabh Kant said nodal officers have been appointed by 26 states and Union Territories, and four states have created their pipeline of assets for monetisation.

“We are with the states, we want to work together with the states...central ministries now only need to gear up towards taking this initiative forward,” said Kant.

He said some storied investors such as Blackstone, Blackrock and Macquerie have shown interest in the projects of the states.