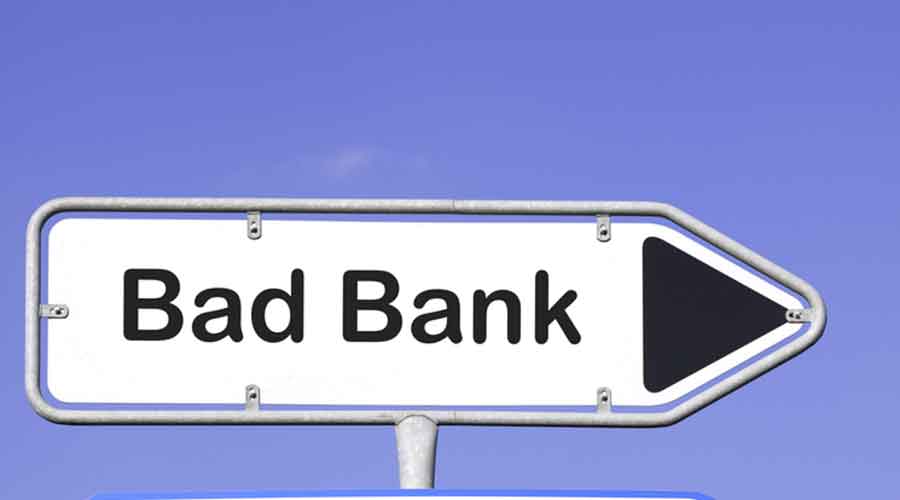 The proposed bad bank could mitigate the challenge of offloading stressed assets in cases where the lending is done by a consortium of banks.

Punjab National Bank managing director and CEO S. S. Mallikarjuna Rao on Saturday said the bad bank could act as an aggregator, giving prospective bidders an estimate of the stressed assets in totality from all the banks in a consortium.

“At present, each bank sells its stressed loan portfolio separately to the asset reconstruction company even though the account is supervised by a consortium. This is one of the challenges which could be overcome if the bad bank comes, because it will aggregate all the stressed assets from various banks,” said Rao.

He added that the provisioning requirements will go down once the assets are transferred from the books of the banks to that of the bad bank. “The balance sheet will look more clean and we will have a more realistic understanding of capital adequacy,” he said.

State-owned PNB said it planned to raise Rs 3,200 crore from share sale during the current quarter to enhance its capital base. The bank has raised Rs 3,788.04 crore from qualified institutional placement (QIP) in December following which the government holding in the bank came down to 76.87 per cent from 85.59 per cent.

“We have already taken Rs 4,000 crore from Tier-II and Rs 3,788 crore through QIPs at the end of December. In January, we have taken AT-1 of another Rs 500 crore. So, I am very confident that the remaining Rs 2,500 crore of additional Tier-1 bonds will be garnered before March 31,” Rao said.

“We are also looking at going for the QIP again for the remaining Rs 3,200 crore to be acquired from the market at an appropriate time... it could be in this fiscal also,” he added.

PNB has reported a standalone net profit of Rs 506.03 crore for the December quarter of 2020.

However, he said, the current level of capital adequacy ratio is sufficient to take care of not only the requirement in the month of March 2021 but also during the next financial year.

Besides, Rao said, the bank has sold some of the non-core assets, including the sale of its holding in UTI Mutual Fund.

PNB on Friday reported a standalone net profit of Rs 506.03 crore for the December quarter on the back of a reduction in bad assets. It had posted a net loss of Rs 492.28 crore in the year-ago period. Total income in the quarter under review rose to Rs 23,298.53 crore against Rs 15,967.49 crore earlier.

On the outlook, Rao said, the bank expects to close the current financial year with annual profit of Rs 2,000 crore.

He said the bank has received debt restructuring requests worth Rs 12,000 crore. “Out of this Rs 9,000 crore was for corporates, which we have already invoked before December 31," he said, adding that the bank had earlier expected a total amount of Rs 40,000 crore to be restructured.

In August, the Reserve Bank of India (RBI) had allowed banks to restructure some loans to support economic recovery and help businesses survive the covid-19 induced crisis.

Rao said that he expected better recoveries in January. “If you remember, the last time we had given the guidance of around Rs 8,000 crore cash recovery… there are big major accounts such as Bhushan Power and in that we are anticipating cash recovery of Rs 3,800 crore," he said, adding that he expects good recovery from the DHFL account as well.