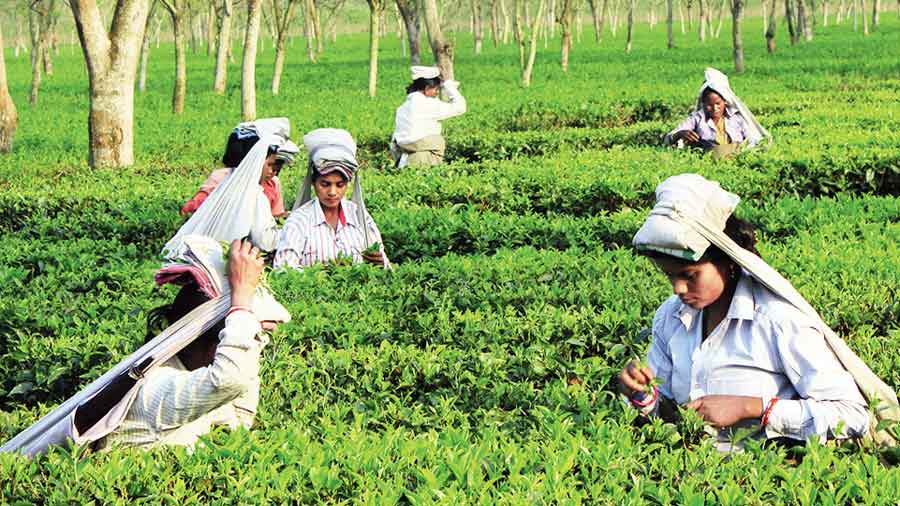 A corporate entity has picked up a 4.73 per cent stake in troubled tea planter McLeod Russel India Ltd, sending the stock soaring to the upper circuit.

Carbon Resources (P) Ltd scooped up 49.5 lakh shares from the open market on Friday at a weighted average price of Rs 28.19 a piece, data available with the stock exchanges showed. Going by the last available shareholding pattern of the company, Carbon Resources would definitely be one of the top three shareholders of MRIL following the transaction.

The stock purchase, valued at Rs 13.95 crore, has sent Calcutta’s tea community buzzing with speculation. Sources at McLeod Russel claimed they found out about the block deal on Friday but were unaware of anything more. “It is a publicly traded stock, anyone can buy,” they added.

The promoters of the company, the Williamson Magor Group promoted by the family of B.M. Khaitan, controls MRIL with a wafer-thin share of 6.25 per cent of the tea planter’s total outstanding equity.

The stock closed at Rs 28.35, up by 19.87 per cent on Friday, aided with big volumes, in the aftereffect of the share purchase by Carbon Resources.

Little is publicly known about the company, except that it manufactures electrode paste which are used in the ferro alloy industry. It also makes calcined petroleum coke. The directors of the company could not be reached for comment on Sunday.

Earlier this year, Khaitans lost control of Eveready Industries India Ltd, the leader in storage batteries in India, when the Burman family of FMCG major Dabur took control and became the promoter.

While the finale got played out in 2022, the prologue was written way back in 2019 when the Burmans started picking up Eveready shares from the market. By 2020, they became the single largest shareholder of Eveready as promoter shares pledged with bankers were invoked and sold in the market due to breach in loan covenants.

In McLeod too, promoters’ shares pledged with financial institutions were invoked and sold in the market, dragging down the holding of the Khaitans.

The share purchase also takes place ahead of the annual general meeting of McLeod later this month. There is an expectation that the long pending debt resolution of the company may finally come through soon even though the bankers and the promoters never seem to have managed to cross the line so far.

There is also a possibility, corporate circles speculated, that Carbon Resource could lend a helping hand to the promoters when the resolution happens.

In August, McLeod informed the bourses that the resolution process of the company in terms of circular dated June 07, 2019 issued by the Reserve Bank of India is currently under evaluation by the lenders. The inter-creditor agreement (ICA) for arriving at and implementing the resolution plan has been signed by all the lenders (bankers).

The forensic audit for the utilisation of funds borrowed in the past, conducted on the behest of lenders had been completed, while the techno-economic viability{TEV) study carried out earlier had been re-vetted and confirmed. The valuation of tea estates and other assets are currently in process.

The credit rating of one of the rating agencies appointed by the lenders is still under consideration on review being sought based on rationales and related financial implications provided in this respect.

The draft resolution plan prepared by SBI Capital Markets Limited, one of the leading investment bankers along with their recommendation, will be confirmed after obtaining the final valuation of the assets. The credit rating of the company will then be placed for necessary approval for implementation.