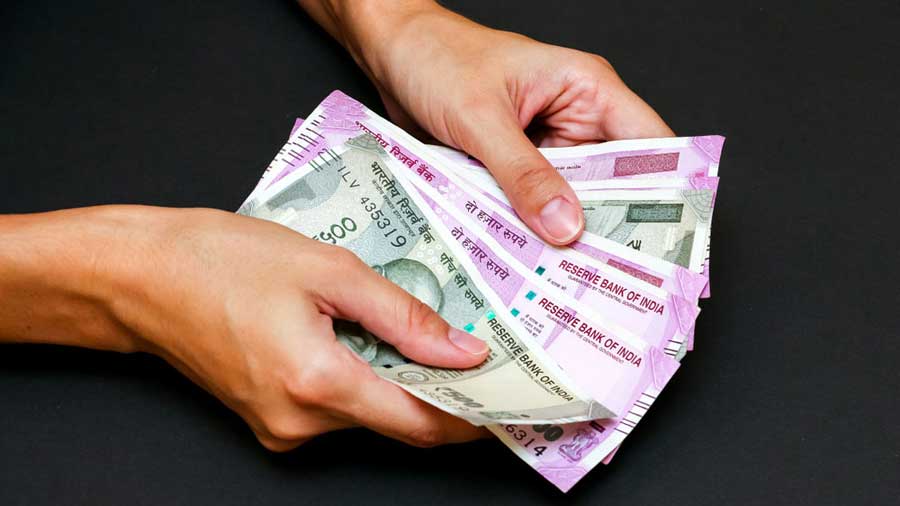 The proposed bad bank or NARCL will pay up to 15 per cent of the agreed value for the loans in cash and the remaining 85 per cent would be government-guaranteed security receipts.
File picture
Our Bureau, PTI   |   New Delhi   |   Published 29.06.21, 04:03 PM

The Union Cabinet may soon clear a proposal to provide a government guarantee to security receipts issued by the National Asset Reconstruction Company (NARCL) as part of the resolution of bad loans.

Indian Banks' Association (IBA), entrusted with the task of setting up a bad bank, has pegged the government guarantee to be around Rs 31,000 crore.

The proposed bad bank or NARCL will pay up to 15 per cent of the agreed value for the loans in cash and the remaining 85 per cent would be government-guaranteed security receipts. The government guarantee would be invoked if there is a loss against the threshold value.

According to sources, the proposal is before the Cabinet and its nod is required to extend the sovereign guarantee to security receipts issued by NARCL.

Approval from the Cabinet that is expected soon will pave the way for operationalisation of the bad bank announced by Finance Minister Nirmala Sitharaman in the Budget this year, the sources added.

The Finance Minister in Budget 2021-22 announced that the high level of provisioning by public sector banks of their stressed assets calls for measures to clean up the bank books.

"An Asset Reconstruction Company Limited and Asset Management Company would be set up to consolidate and take over the existing stressed debt," she had said in the Budget speech. It will then manage and dispose of the assets to alternate investment funds and other potential investors for eventual value realisation, she had said.

Last year, IBA made a proposal for the creation of a bad bank for swift resolution of non-performing assets. The government accepted the proposal and decided to go for an asset reconstruction company and asset management company model in this regard.

Meanwhile, state-owned Canara Bank has expressed its intent to be the lead sponsor of NARCL with a 12 per cent stake.

The proposed NARCL would be 51 per cent owned by PSBs and the remaining by private sector lenders.

NARCL will take over identified bad loans of lenders. The lead bank with an offer in hand of NARCL will go for a 'Swiss Challenge' wherein other asset reconstruction players will be invited to better the offer made by a chosen bidder for finding a higher valuation of a non-performing asset on sale.

The company has picked up those assets that are 100 per cent provided for by the lenders. Banks have identified around 22 bad loans worth Rs 89,000 crore to be transferred to NARCL in the initial phase.