This India will be at the frontier of new technologies and at the same time make the benefits of the growth available to all the people: Rajiv Kumar 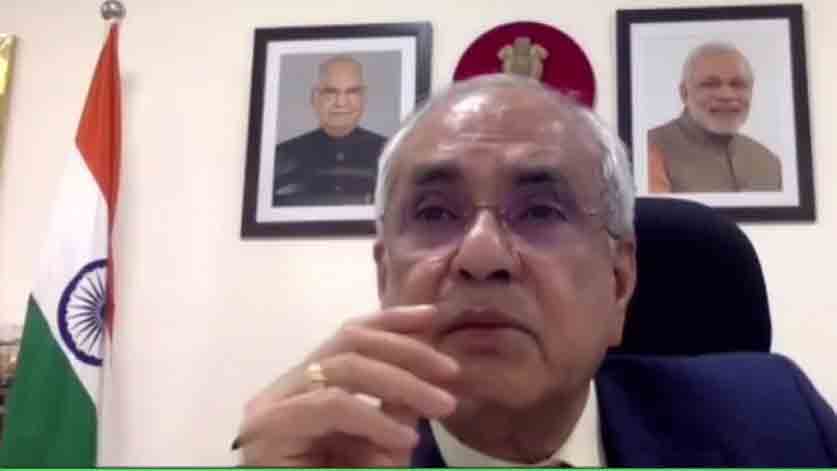 Asserting that the Union Budget lays the foundation for the country's long-term growth in the next 25 years, Niti Aayog Vice-Chairman Rajiv Kumar on Wednesday said the government is taking all possible measures to ignite private investments, which will be the best bet to pull the economy out of the shadows of the coronavirus pandemic.

He also said the procedural bottlenecks related to the complicated process of disinvestment of CPSEs (central public sector enterprises) have been solved and the process will be more streamlined in the years to come. "The Budget lays the foundation for India which we want to see in 2047 when we celebrate 100 years of our independence.

"This India will be at the frontier of new technologies and at the same time make the benefits of the growth available to all the people, especially to those at the bottom of the pyramid," he told PTI in an interview.

Stressing that the Budget has focused on infrastructure development as well as on sunrise sectors and frontier technologies, Kumar said the finance minister talked about starting a virtuous cycle that will be led by private investment to which the government investment is going to be a facilitator.

"So, the government is taking all the measures possible to ignite private investment, which will be our best bet to pull the economy out of the shadows of the pandemic," he said. And, in any case, Kumar said the Economic Survey has estimated India's growth at 8-8.5 per cent for the next financial year, while the International Monetary Fund (IMF) has projected a growth rate of nine per cent.

"And, that growth rate on a high base now is indicative that the economy is pulling out of the pandemic-induced slowdown," he said. Regarding the government not achieving its disinvestment target year after year, Kumar said the reason seems to be the complicated process of privatisation.

Noting that Air India was privatised after many years, he said that "I think, now we have solved all those procedural bottlenecks. And, the process is now well defined". Further, the Niti Aayog vice-chairman said the process will be more streamlined in the years to come.

The government has set a disinvestment target of Rs 65,000 crore for the next financial year, which is lower than the current fiscal's estimated mobilisation of Rs 78,000 crore. Asked why the middle class was not given any relief in the form of tax cuts, Kumar said India's per-capita income is about Rs 1.2 lakh and the country's income level at which people are taxed is Rs 5 lakh today.

Everywhere else, the taxable income starts quite closely after the average per capita income. This is also the reason why the persistent demand to raise the minimum taxable income level is rather misplaced, he said. "Because, unless we expand the base for direct taxation, we will never be able to bring down the rate.

"Also, we will have to depend more and more on indirect taxation, which is more regressive than direct taxation," he added. According to Kumar, it is quite well established that changing the tax rates every year is not a good policy because it doesn't make for policy certainty and predictability.

"So, for all those reasons, the Budget has done well to leave the tax structures unchanged," he said. Observing that those who pay taxes are not the poorest, he said that in this year's Budget, there is a special effort to increase employment in the informal sector by giving the hospitality sector access to the Rs 50,000-crore credit guarantee scheme, which will make loans available to them at a lower cost.

On high inflation, Kumar said that this time, inflation is not a result of excess demand in the economy and asserted that the country is not facing the threat of stagflation. Generally, stagflation refers to a situation where economic growth is low and inflation is high.

"It (inflation) is more a result of constraints and bottlenecks on the supply side, which are being addressed by this Budget," he said. Kumar noted that the Reserve Bank of India (RBI) has a sharp eye on inflation and will do whatever is necessary in terms of both managing liquidity as well as interest rates.

Retail inflation in India rose to 5.59 per cent in December 2021, mainly due to an uptick in food prices, while the wholesale price-based inflation bucked the four-month rising trend and eased to 13.56 per cent last month, according to the latest official data.

As regards the expected hike in interest rates in the US that might pose problems for emerging markets, including India, Kumar said the country's foreign exchange reserves and external situation give enough firepower to deal with any such hikes in the US interest rates.

In 2013, emerging markets witnessed capital outflows and a spike in inflation after the US Federal Reserve started to put brakes on its quantitative easing programme.

The investment climate in the country is far better now. So, foreign investors will find India as an attractive destination, he said.