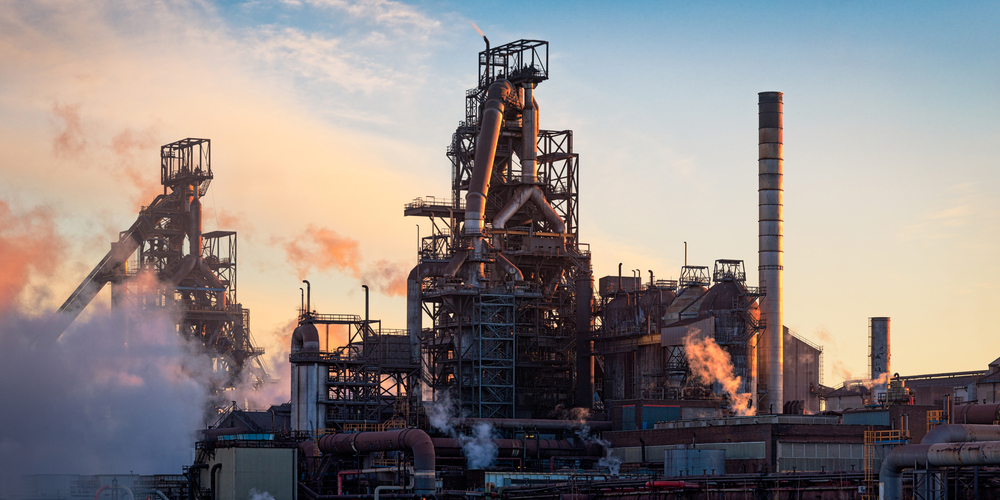 A series of “apocalyptic” explosions at the Tata steelworks in Port Talbot, Wales, have left two people injured, while photographs have shown a huge mushroom cloud rising above the plant.

Residents heard three explosions at 3.35am on Friday, followed by emergency services and a helicopter being scrambled to the scene.

As dawn broke, smoke was seen billowing from the plant, the biggest steelworks in the UK with 4,000 employees.

After the devastating fire at Notre Dame, there is nervousness about all such incidents across Europe.

South Wales police advised local residents to avoid the area: “Emergency services remain on the scene but we have had confirmation that all members of staff are accounted for.”

The explosion was heard as far away as Bridgend, 14 miles from the blast, and the UK National Police Air Service’s St Athan wing revealed a helicopter had been sent to the scene.

The Aberavon MP, Stephen Kinnock, urged Tata to conduct a safety review: “It could have been a lot worse.” He acknowledged safety at the plant had improved “massively” since 2001, when three workers were killed in a blast. At the time, Port Talbot was owned by Corus.

“I think there needs to be a full review. We’ve got to understand why it happened and make sure it doesn’t happen again. This is a very technical and complex process of making steel and things do go wrong sometimes.”

T.V. Narendran, managing director & CEO of Tata Steel Group, said the fire has not damaged the main plant and production can restart soon.

“There is another track which we can use to carry hot metal from blast furnace to the steel melting shop. As soon as the local authorities give a go ahead for the alternative, the plant can start operations,” Narendran told The Telegraph this evening.

An eyewitness, Lance Davies, said: “I was woken up this morning by what sounded like thunder, I went to the window and could see the results of the first explosion. Then I called my partner and saw the other two.

“It was like a scene from (the movie) Independence Day. A big ball of flame, followed by a massive mushroom of smoke. It was unbelievable.”

Sharon Freeguard, a Neath Port Talbot councillor, said: “I thought I heard about two to three explosions. It was frightening and very, very scary. The house just shook, so it was quite alarming. We’re just all relieved that there are no fatalities.”

Another local resident, Mathew Kearney, said the blast was “the loudest thing I’ve ever heard. Plagued now with worry about the works.”

The incident took place when hot metal (molten iron) was being transported from the blast furnace site to the steel melting shop through a railway line inside the plant.

The torpedo-shaped carrier top- pled and the molten iron spilled on to the ground which was damp from rain in the last few days. When the molten iron came in contact with the moisture, the blowout happened as hot air ballooned into the atmosphere, and associated with fire created the “apocalyptic” effect.

Tata Steel said in a statement: “Two of our employees suffered minor injuries and both have been released following treatment.

The secretary of state for Wales, Alun Cairns, said: “It is important that Tata Steel Europe addresses safety concerns that could arise as a result of this incident.”

The spokesman for the trade union Community said its representatives were in meetings at the steelworks.