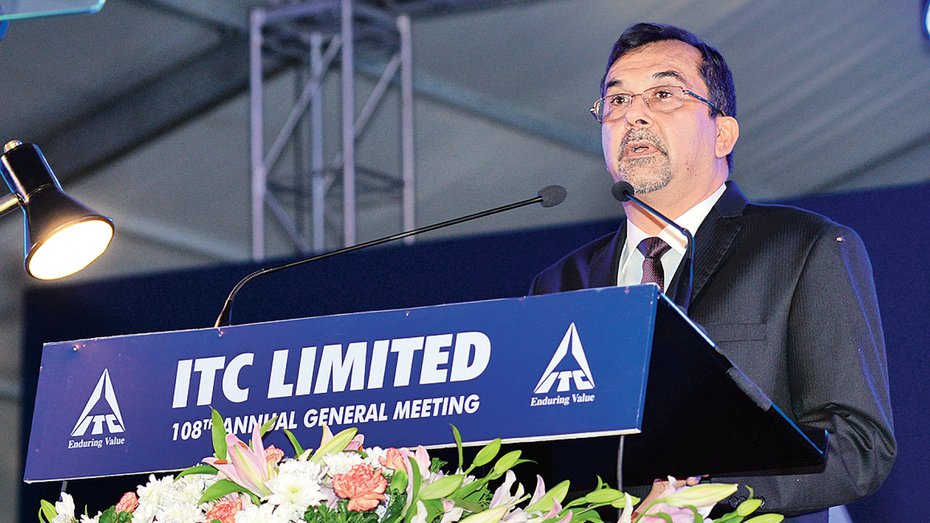 The diversified major will put a special resolution to vote by postal ballot to raise the basic/consolidated salary of Sanjiv Puri, the chairman and managing director of the company, to Rs 22 lakh a month from Rs 15 lakh a month.
Picture by Bishwarup Dutta
Our Special Correspondent   |   Calcutta   |   Published 21.08.19, 08:27 PM

ITC Ltd is seeking shareholders’ nod to raise the salary of its chairman and managing director and wholetime directors after it could not get the approval of overseas shareholders for a new stock option scheme to attract and retain talent.

The diversified major will put a special resolution to vote by postal ballot to raise the basic/consolidated salary of Sanjiv Puri, the chairman and managing director of the company, to Rs 22 lakh a month from Rs 15 lakh a month.

The resolution will also seek nod from shareholders to hike the remuneration of three wholetime directors — Nakul Anand, B. Sumant and Rajiv Tandon (chief financial officer) — to Rs 13 lakh a month from Rs 10 lakh a month. The new pay grade will kick in from October 1, 2019, and continue till the respective date of their current term of appointment.

In the explanatory statement, ITC said the decision was part of a strategy to remain “market competitive & performance driven”, accepting the need to retain and reward talent.

“The proposed variation is necessitated, inter alia, in the context that the number of stock options remaining under the company’s employee stock option schemes is limited and the option for introducing another equity based long term incentive scheme is currently not available with the company, thereby requiring restructuring of executive compensation,” the statement read.

All the other terms of remuneration of the CMD and the directors would remain the same. It also noted the “enlarged role” of Puri, who became the chairman of ITC from May 13, 2019, following the death of Y. C. Deveshwar, the legendary leader of the company.

The scheme, which had proposed to offer up to 2 per cent of the issued capital of the company, was brought in because the number of options available for grant under the existing Esop scheme had substantially come down.

However, BAT voted against the resolution as it would have diluted the shareholding of the company in ITC. BAT holds a 29.53 per cent stake in ITC. A section of shareholders had slammed BAT for the decision at the last AGM of the company. Puri had earned a total remuneration of Rs 6.16 crore, which includes perks and performance bonus, in the last fiscal.