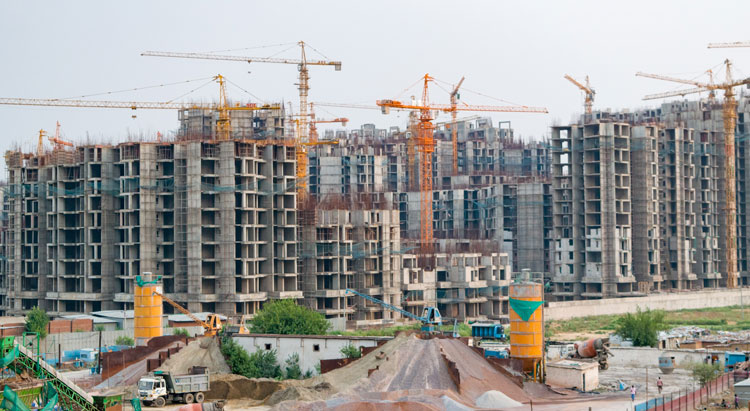 In a letter written three days before the crucial meeting of the GST Council to Union finance minister Arun Jaitley, who heads the Council, Mitra contested the recommendation of a group of state finance ministers that had proposed a 3 per cent levy for the affordable segment.

Mitra said the common man would be burdened if the GoM proposal was implemented as the effective rate home buyers in the affordable segment now pay is only 0.76 per cent.

“The actual incidence of tax for affordable housing is less than 1 per cent today, according to the table on page 172 of the agenda notes. Therefore,

the suggested rate of 3 per cent by the GoM will actually increase the tax burden on small home buyers. This is certainly not desirable,” Mitra wrote to Jaitley.

Home buyers pay 8 per cent GST in the affordable segment, which is defined by the area of the flat (less than 60 metre of carpet area) and annual family income of the owner (Rs 18 lakh). This follows the special status given to credit linked subsidy schemes under Pradhan Mantri Awas Yojana (PMAY) where such an income criteria is considered for eligibility.

There has been a strong demand from the real estate industry that the GST rate for under-construction properties be reduced to provide fillip to sales. Buyers are waiting for projects to be ready because no GST is levied on homes that receive the completion certificate.

After various representations made by the industry, the GST Council decided to form a GoM to look into the matter.

The finance ministry was initially of the opinion that builders were not passing on to buyers the input tax credit they were getting on the purchase of raw material (steel, cement) and work contracts.

The GoM has proposed a two-tier structure for the affordable segment, which is being defined by price tag, instead of the size or income criteria (see chart). Mitra said the distinction based on localities (metro and non-metro) will lead to rent seeking.

Accordingly, he has proposed a 1 per cent tax for flats up to Rs 40 lakh, 5 per cent between Rs 40 lakh and Rs 1 crore and 7 per cent over Rs 1 crore. Mitra said 70 per cent of the flats sold in Bengal were under Rs 40 lakh. Hence, imposing a 5 per cent tax on a flat worth Rs 30 lakh was going to hurt buyers, he argued.

Sources said officers will be meeting on Saturday to consider Mitra’s proposal and may act on it too.