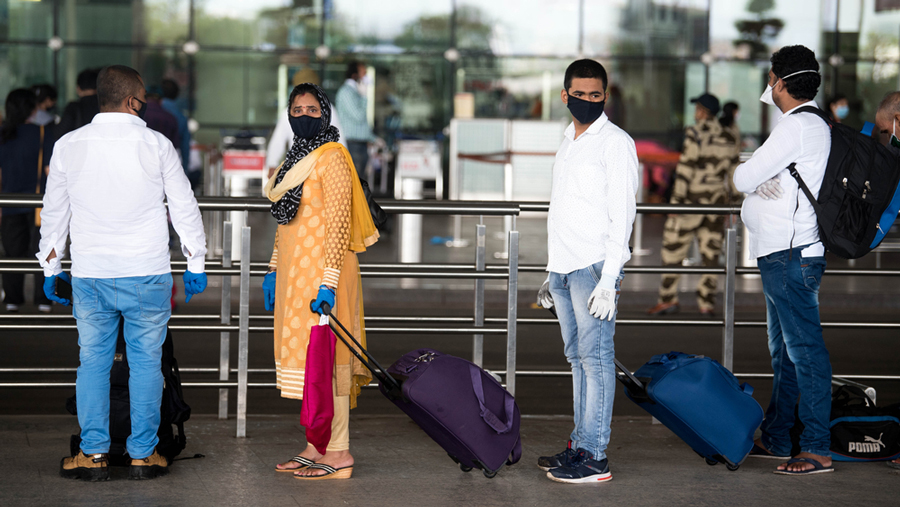 The aviation ministry has allowed airlines to decide on baggage limitations for domestic passengers — an indication that the sector may resume normal flight schedules soon.
Passengers were so far allowed only one check-in bag on domestic flights since May 25.

Before domestic flights were suspended on March 25, Air India would allow check-in luggage of up to 25 kg and private airlines — with some limiting the number of bags — up to 15 kg for economy flyers.

“The matter has been reviewed based on inputs received from stakeholders. Considering the convenience of passengers, it has been decided to (allow)… baggage limitation according to airlines’ policies,” said an order issued by Usha Padhee, joint secretary in the aviation ministry.

Air India says it will now allow domestic passengers in economy and business class to check-in up to 25 kg and 35 kg, respectively.

Air India Express says it “permits 25 kg as checked-in (on domestic flights) and 7 kg as hand bags which continues”. Vistara said it will be “restoring the pre-Covid baggage allowance from Monday (September 28)… in response to the latest advisory issued by the government.”

Most airlines are likely to return to their piece concept (allowing one bag without extra charge and payment for subsequent checked in baggage) and a 15-kg weight limit.