Benchmark crude prices have fallen from a 4-year high of $86 a barrel in early October to about $62.61 a barrel 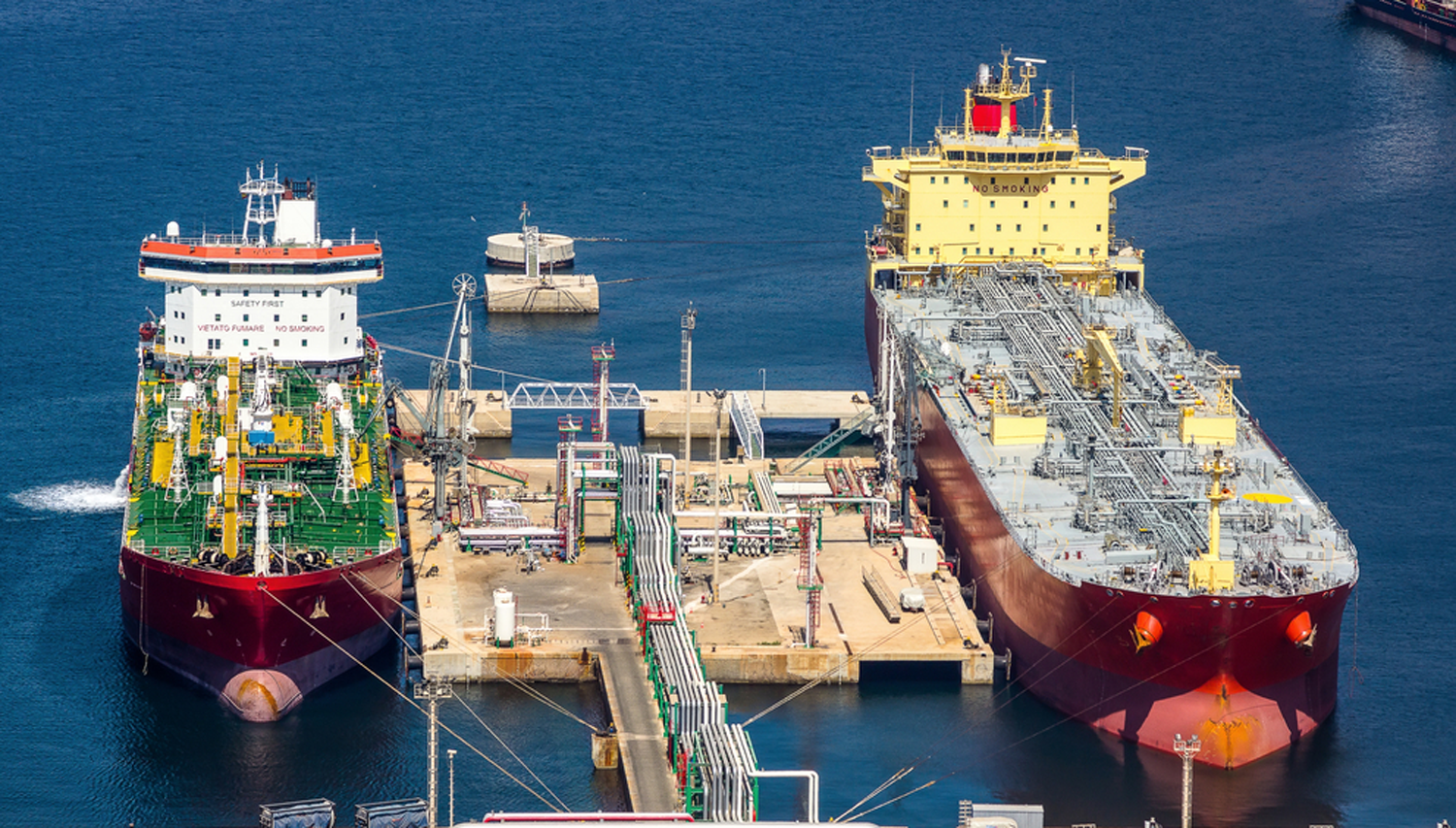 Tankers unloading their cargo. The Organisation of the Petroleum Exporting Countries is meeting on December 6 to review the situation as the waiver provided to eight countries by the US on Iran sanctions has considerably improved market sentiments by lowering global crude prices.
(Shutterstock)
R. Suryamurthy   |   New Delhi   |   Published 22.11.18, 09:40 PM

The government is planning to garner the windfall benefits of a slide in global crude prices by hiking excise duty to shore up its revenue to meet a shortfall in receipts from divestment and GST collections.

Benchmark crude prices have fallen from a four-year high of $86 a barrel in early October (when the government cut excise duties) to about $62.61 a barrel now. Also the rupee has appreciated against the dollar in recent times, which is a double bonanza for the government.

Officials said: “We have to wait and watch the situation and see how the global prices move forward… any recalibration of duties on fuel can be taken only after that.”

The Organisation of the Petroleum Exporting Countries is meeting on December 6 to review the situation as the waiver provided to eight countries by the US on Iran sanctions has considerably improved market sentiments by lowering global crude prices.

However, the cartel, led by Saudi Arabia, is reportedly pushing for a supply cut of 1-1.4 million barrels per day of oil when it meets next month to shore up prices.

In October, the government had announced an excise duty cut of Rs 1.50 a litre to offer some relief from runaway fuel prices. The government had also ordered state-run oil marketing firms to trim prices by another Rs 1 a litre.

For every rupee cut in excise duty on fuel the government would lose Rs 13,000 crore. Simultaneously, several BJP-ruled states had responded by cutting fuel prices by Rs 2.50.

At present, the Centre levies a total of Rs 17.98 per litre of excise duty on petrol and Rs 13.83 per litre on diesel.

A back-of-the-envelope calculation by the finance ministry has now suggested that a $10 fall in crude prices can help reduce CAD by $8 billion, a huge relief for the government as the country imports 80 per cent of its crude requirements.

On the GST front, tax receipts are behind target. Total GST collections were at Rs 6.78 lakh crore (budget estimate for 2018-19 was Rs 7.44 lakh crore), including SGST and IGST.

“We expect a shortfall of Rs 90,000 crore in GST and excise collections, out of which Rs 10,500 crore is on account of reduction in excise duty on petroleum products by Rs 1.50 per litre. Also, the Rs 20,000 crore collections under LTCG looks difficult to attain given the market conditions,” an SBI research report said.

On the expenditure front, there could be an additional expenditure because of fuel subsidy and other schemes (MSP) of around Rs 22,000 crore.

“If the fiscal deficit has to be maintained within 3.3 per cent, the likely slippage of at least Rs 70,000 crore should be set-off by a cut in expenditure amidst uncertainty on the indirect tax receipts front,” the SBI report added.

The central government had raised excise duty on petrol by Rs 11.77 a litre and that on diesel by 13.47 a litre in nine installments between November 2014 and January 2016 to shore up finances as global oil prices fell, but then cut the duty once in October last year by Rs 2 a litre and by another Rs 1.50 per litre last month.