Mitra in the state budget said that more than 25,000 disputed cases were still pending 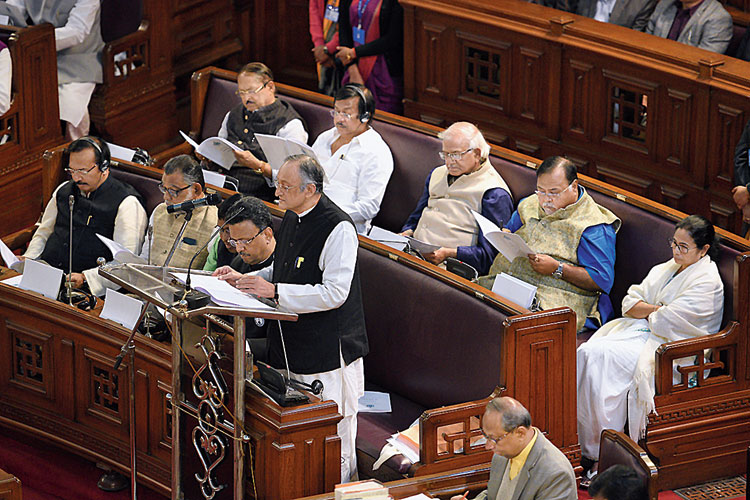 The Bengal government has introduced an amnesty scheme to collect disputed taxes prior to the GST — under VAT, central sales tax and entry tax.

The industry and tax experts see twin benefits of the scheme and a shade of similarity with the Centre’s amnesty scheme —Vivad Se Vishwas — announced in the Union budget on February 1.

Bengal finance minister Amit Mitra in the state budget presented on Monday said that more than 25,000 disputed cases were still pending. “I propose to introduce a new and more attractive settlement scheme for all VAT, sales tax, central sales tax and entry tax cases which are lying pending up to January 31, 2020,” Mitra said.

The scheme will offer taxpayers opportunity to settle their cases by depositing 25 per cent of the disputed tax by March 31, 2020.

The alternative is to pay 25 per cent on half of the disputed tax before Match 31, 2020; on the rest, the taxpayers will have to pay 30 per cent in a maximum of six monthly instalments from April 2020.

“At least more than 50 per cent of the cases should be cleared in this scheme. These are mostly legacy cases,” said Arun Agarwal, chartered accountant and GST consultant.

“It is somewhat similar to the scheme announced by the Union finance minister earlier this month,” Agarwal, who heads the indirect tax and GST committee of MCCI, said.

Moreover, the scheme would free up departmental officers who are otherwise busy in these cases to implement GST laws properly. “The department and the assessees can both take care of the GST issues better once these cases are settled,” he said.

The state government had collected Rs 1,120 crore arrears in disputed tax from 30,000 taxpayers from a settlement scheme in 2018.