Airlines flying towards record losses of more than Rs 20,000 crore

Crisil report is based on IndiGo, SpiceJet, and Air India, which have a 75 per cent share in domestic traffic 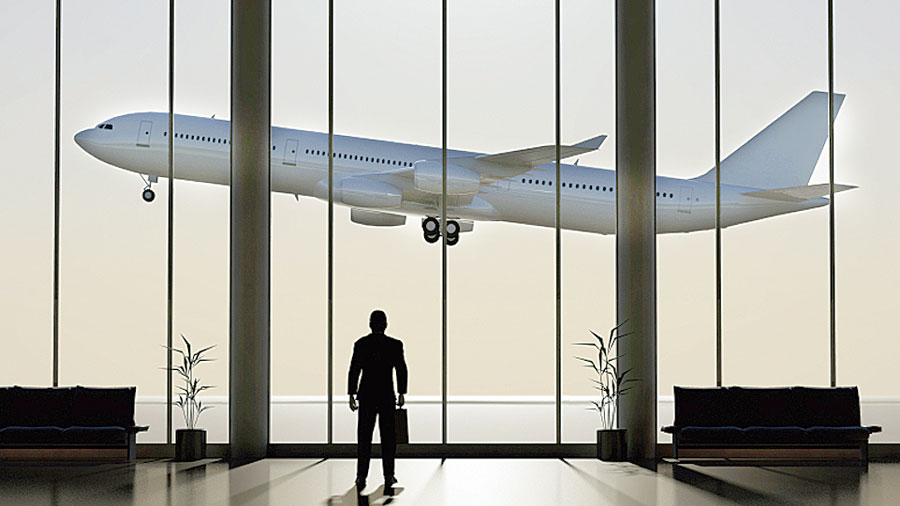 India’s airlines are set to record their steepest-ever net loss of more than Rs 20,000 crore this fiscal, 44 per cent more than the Rs 13,853- crore loss last fiscal, owing to the twin headwinds of the third wave of the Covid-19 pandemic and high aviation turbine fuel (ATF) prices, rating agency Crisil said in a report.

This would push back the industry’s recovery beyond fiscal 2023, a Crisil Ratings analysis said.

The report is based on three large listed airlines — IndiGo, SpiceJet, and Air India — which have a 75 per cent share in domestic traffic.

Domestic air traffic had seen a swift recovery after the second Covid wave and reached 86 per cent of the pre-Covid level in December 2021, while regular international flights were expected to start after January 2022.

However, the third wave has already caused domestic air traffic to plummet 25 per cent in the first week of January. A similar trend was observed during the second wave in April and May 2021 when air traffic declined 25 per cent and 66 per cent, respectively, on a sequential basis.

Nitesh Jain, director, Crisil Ratings, said: “The three large listed airlines have already reported a net loss of Rs 11,323 crore in the first half of fiscal 2022.

“The sharp jump in domestic air traffic would have cushioned the losses in the third quarter, but the net loss will increase significantly in the fourth quarter as the third wave has brought back travel restrictions and flight cancellations. As a result, we expect Airlines to report steepest net loss this fiscal.”

Domestic passenger load factor (PLF), a key operating metric, improved to 80% in December 2021 from 50% in May 2021, driven by increasing passenger traffic.

Besides the decline in passenger traffic, high ATF prices, which account for a third of the operating cost, will accentuate pressure on profitability.

Airlines are likely to continue to conserve cash, including deferring maintenance as well as major capital expenditure, while renegotiating leases of aircrafts and keeping a leash on other fixed costs.

Besides sustenance of cost control measures, a prolonged third wave, onset of newer variants and increase in competitive intensity with launch of new airlines are, downside risks.