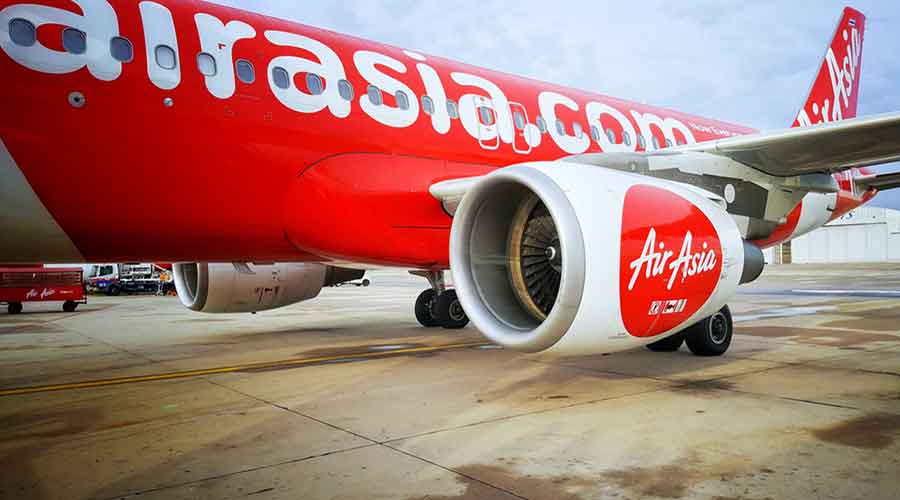 AirAsia India is evaluating how much fuel it has been able to save by using taxibot -- an equipment which enables airplane taxing without engines running -- on two modified planes before considering to use it across the aircraft fleet, a top executive said on Sunday.

After modifying two of its A320 aircraft, AirAsia India had on November 23 last year started using taxibot to tow them at the Delhi international airport.

Taxibot is a semi-robotic towbarless aircraft movement equipment that tows an aircraft from the terminal gate to the take-off point (taxi-out phase) and return it to the gate after landing (taxi-in phase). The aircraft engines remain shut when taxibot is in operation.

When asked how much money has the airline been able to save till date due to the usage of taxibot, Surinder Bansal, Vice President, Engineering, AirAsia India, told PTI, "It is under study...The modification charges versus savings are still being evaluated for implementation across the fleet."

Taxibot is dependent on availability of ground equipment which is currently available at the Delhi airport only, he said.

"We can operate up to two taxibot per aircraft per week," Bansal mentioned.

AirAsia India spent around USD 2,000 (One USD=Rs 76) on each of the two A320 aircraft to modify them and make them suitable for taxibot operations, he noted.

Bansal said the engineering modifications on the two planes were done by AirAsia India's engineering team and required routing more than 50 new wires inside the aircraft, installation of relays in the avionics bay and a control panel in the cockpit, and a series of operational tests prior to certification.

The airline's taxibot operations are provided in collaboration with Delhi-based company KSU Aviation.

"Starting engines later helps prevent 'foreign object damage' or something from the ground getting sucked into the engine and damaging it, also thereby increasing safety in the apron area of the airport," he said.