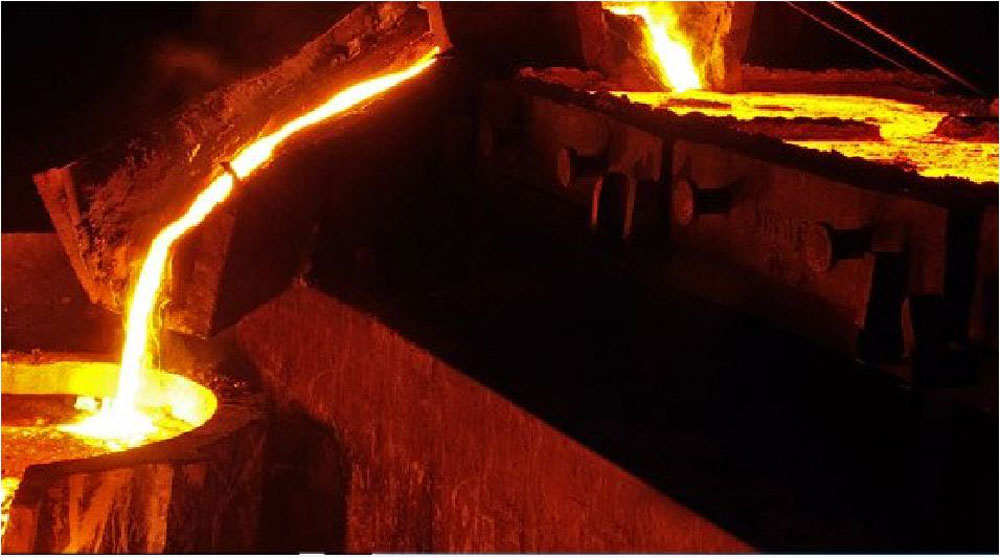 Adhunik Metaliks is on the second list of 28 loan defaulters that the RBI had asked banks to be taken to the NCLT for resolution.
Source: Adhunik Metaliks Annual Report
Sambit Saha   |   Calcutta   |   Published 12.11.18, 07:56 PM

Adhunik Metaliks, the Calcutta-based beleaguered steel maker, may face liquidation after Liberty House of the UK failed to make an upfront payment to the creditors within the stipulated time.

The National Company Law Tribunal (NCLT) suggested that the committee of creditors (CoC) may consider moving an application seeking the liquidation of Adhunik. Liberty has sought more time to make the payment.

Sanjeev Gupta’s Liberty had to make an upfront cash payment of Rs 410 crore to the secured financial creditors, who collectively have a Rs 5,371.23-crore claim on Adhunik, by September 12. However, the UK-based company had filed an application on October 10 seeking extension of the deadline to make the payment.

Shardul Amarchand Mangaldas & Co, the solicitor firm representing the CoC, on Monday informed the tribunal about the application and prayed to the NCLT to issue a notice to Liberty House to make the payment.

However, judicial member K. R. Jinan expressed his inability to do this. “He observed he has no power to issue any notice to Liberty House asking them to make payment and the only recourse left for the CoC is to take steps for liquidation as there has been failure to make payment in terms of the plan,” Sidhartha Sharma, the advocate appearing on behalf of resolution professional Sumit Binani in the tribunal, said.

Sources close to the CoC, however, said it might weigh options other than liquidation and move an application before NCLT Calcutta soon.

Adhunik Metaliks is on the second list of 28 loan defaulters that the RBI had asked banks to be taken to the NCLT for resolution.

Sources close to Liberty House said it was not willing to make the payment at a time there are multiple cases against the company. “We want a clean asset. That is how we operate globally,” sources said, referring to a case pending at the National Company Law Appellate Tribunal between MSTC and Adhunik.

MSTC was listed as an operational creditor having a claim of Rs 108.36 crore to Adhunik. The PSU supplying iron ore, coal and other raw materials to Adhunik objected to Liberty’s resolution plan approved by the CoC.

Liberty was paying Rs 30 crore against a combined claim of Rs 273.27 crore by the operational creditors. While clearing the plan, NCLT Calcutta rejected MSTC’s application which then moved the appellate tribunal challenging the plan.

Gupta’s attempt is in contrast with some of the other cases where the resolution applicants did not wait for a clean asset before making an upfront payment and taking control of the operation. Liberty has also not made any upfront payment for Amtek Auto, which was on the RBI’s first list of defaulters sent to the NCLT.

A section of corporate observers said Liberty might have spread itself thin by bidding for multiple assets — it is also a bidder for Bhushan Power & Steel. Liberty sources contested the claim saying it was not shying away from buying assets in Europe, underlying there was no cash crunch in the group.