He suggested that countries, such as India, should not worry too much about macroeconomic stability and fiscal slippage 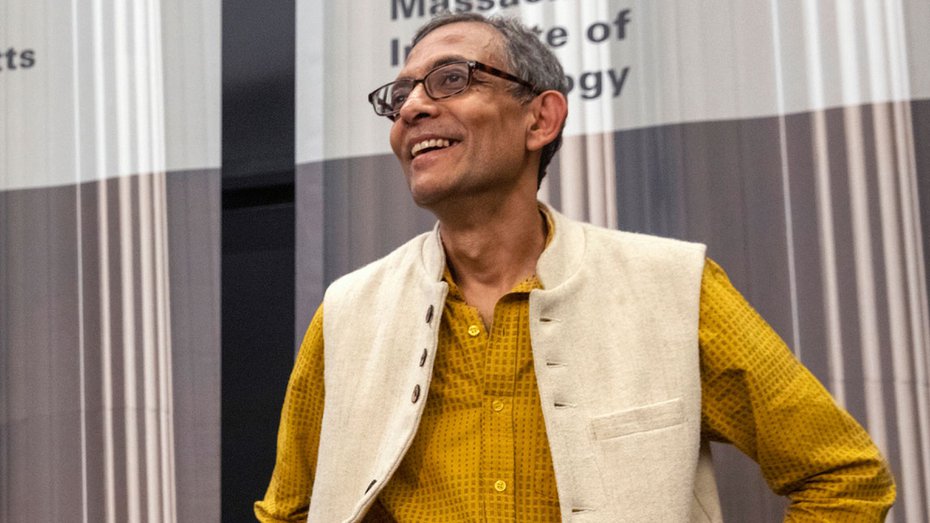 Nobel laureate Abhijit Vinayak Banerjee has a simple policy prescription for India as its economy shrivels under the impact of the coronavirus crisis: Print money liberally and transfer cash directly to the sections of society that need it most.

The economist suggested that countries such as India should not worry too much about macroeconomic stability and fiscal slippages and should do ‘whatever it takes’ to help those who are vulnerable to the economic shock that many fear might be greater and more pervasive than the Great Depression of 1929.

“Forget about the macro worries. We can avoid a 1929-like situation. Go long on printing money,” said the Nobel prize-winning economist who is the Ford Foundation International Professor of Economics at Massachusetts Institute of Technology.

Speaking at a webinar organised by the Bengal chapter of Ficci on Wednesday, Banerjee and his economist wife and fellow Nobel laureate Esther Duflo suggested that the pandemic may throw up a great opportunity for industry in anything to do with hospital infrastructure.

Joining the webinar from their Boston residence, the economist duo interacted with several industry leaders who were plugging in from their homes.

Asked whether the short-term impact of the outbreak would be more like the global financial crisis of 2008 or the Great Depression of 1929, Duflo picked the latter.

“The short-term effect would be more like 1929 but the response of the various governments will be critical (to the speed of the recovery),”said Duflo, director of the Washington-based Center for Economic and Policy Research’s development economics programme.

Banerjee, however, considered that the impact could be mitigated to a large extent and become comparatively short lived as witnessed in 2008 if governments become more fiscally liberal.

“We should be very liberal about printing money and give it to those who need it by direct transfer, and fix the banks,” Banerjee said. He emphasised that construction workers, truckers, and those involved with logistics mostly hail from eastern states such as Bengal and are hard up because they can't remit money, afflicting their households.

The Centre had announced a Rs 1.7- lakh-crore of economic relief package aimed at providing a safety net to the vulnerable section of the society. About 80 crore people will get free cereals, cooking gas and cash transfers as a result.

Banerjee refused to say whether this was enough but argued that India continued to tread a cautious fiscal path. Questioned if a liberal policy could mean downgrade of credit rating and a weakening rupee, Banerjee said those should not be big concerns now. “I do not think India will ever default on its loan. So, we need not worry about ratings. And as long as international crude prices remain low, rupee devaluation should not be a problem,” he added.

When informed that banks had only provided a three-month moratorium on loans, Banerjee said these loan repayment instalments ought to be waived.

“After all, banks are being capitalised by taxpayers' money all the time,” he said as justification for his radical suggestion.