It is learnt to have recommended transfer of 41% of central taxes to the states, same as the suggestion made in its interim report for the current fiscal 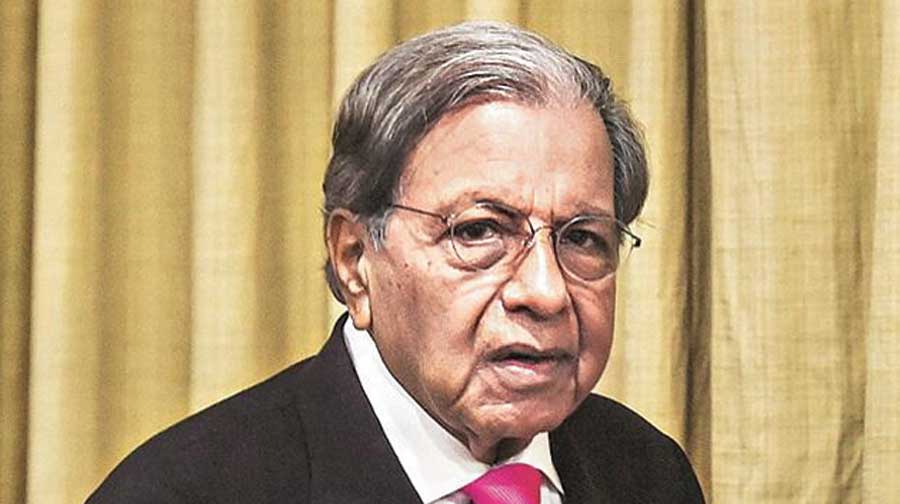 The 15th Finance Commission, tasked to recommend the devolution of the central taxes among the Union government and the states, has submitted its report to the President.

The commission, headed by N.K. Singh, is learnt to have recommended the transfer of 41 per cent of the central taxes to the states, same as the suggestion it made in its interim report for the current fiscal.

It has also reportedly suggested a non-lapsable defence fund for capital expenditure meant for the defence forces, the paramilitary and state police.

Sources said the Modernisation of Defence and Internal Security Fund (MDISF),  would get resources from the Consolidated Fund of India, the sale of defence land and the sale of government stakes in defence public sector enterprises.

With Covid-19 putting the focus on health spending, the commission is said to have recommended the expenditure of the Centre and states combined on health should  be over 2 per cent of the country’s GDP compared with 0.9 per cent now.

The report for 2021-22 to 2025-26 is unlikely to be made public anytime soon and will possibly be tabled in Parliament, along with an action-taken report by finance minister Nirmala Sitharaman when she presents the Union budget next year in February

In its interim report for the current fiscal, the commission had proposed 41 per cent revenue share to the states, which is identical to the share recommended by the previous Fourteenth Finance Commission but for the fact that the share was reduced by one percentage point because of allocations made for the newly formed Union territories of Jammu & Kashmir and Ladakh.

The Fourteenth Finance Commission had raised the share of the states to 42 per cent from 32 per cent.
However, with the Centre increasingly resorting to cess, the states’ share in overall tax collections by the Centre has gone much below the recommendations of the finance commissions in the recent years.

The commission was also asked to recommend performance incentives for the states in many areas such as power,  adoption of direct benefit transfer and solid waste management.

The Commission was also asked to examine whether a separate mechanism for funding of defence and internal security ought to be set up and if so how such a mechanism could be operationalised. The Commission has sought to address all its ToRs in this report to the Union government, the statement added.

This report has been organised in four volumes. Volume I and II, as in the past, contain the main report and the accompanying annexes. Volume III is devoted to the Union Government and examines key departments in greater depth, with the medium-term challenges and the road map ahead. Volume IV is entirely devoted to states.

The Commission has analysed the finances of each state in great depth and has come up with state-specific considerations to address the key challenges that individual states face, the statement added.

The report would be made public after it is tabled in Parliament by the government. The cover and title of the report are also unique and the use of scales on the cover indicates the balance between the states and the Union, it said.

There were fears that funds to the southern states would be curtailed since one of the terms of reference to the 15th finance commission called for giving weightage to population. However, that fear may be allayed since the commission is likely to more or less neutralise it by giving more funds to those which have done better in terms of population control.