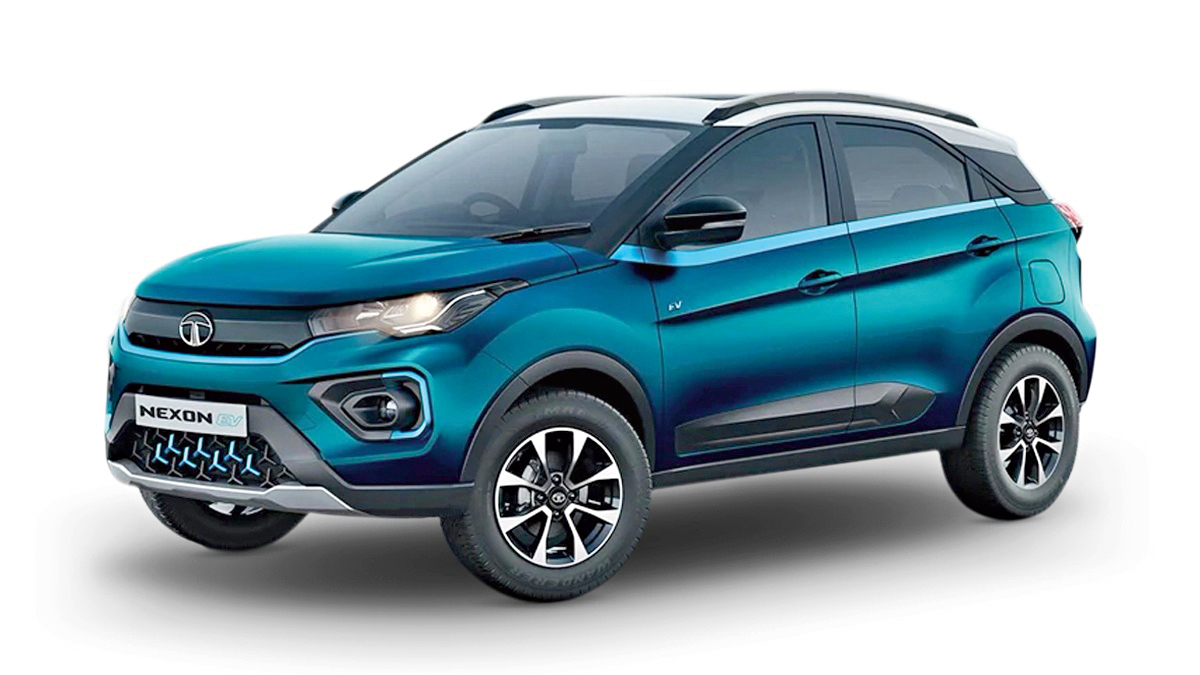 Tata Motors clearly seems intent on making a dent in the electric vehicle segment of the passenger vehicle market. It has recently launched the electric version of its Nexon SUV and also exhibited the electric version of its Altroz premium hatchback at Auto Expo 2020 in Greater Noida last month. The company has also developed the new Ziptron high-voltage power system that powers the Nexon and would drive the Altroz EV as well. The latter is expected to go on sale sometime this year. t2oS spoke with Shailesh Chandra, president — electric mobility business and corporate strategy, Tata Motors, to figure out what he thinks of the overall scenario. Excerpts.

Your (Ziptron) platform, at least as seen in the Nexon EV, seems to be more targeted at the city cycle of use rather than intercity travel in terms of range. Do you think that it is good enough to find takers?

So, for urban application it is undoubtedly a winner. But, also, if you see the intercity drive and draw a frequency chart of that, you will see that these intercity drives will be like a Mumbai-Pune, which would be a 170km distance. The frequency distribution will be on the lower side when it comes to 300km or more. And we have also done our studies on the highways. If you do more than 250km, you stop for about 25 minutes. Along all the major highways the government is supporting the scheme that every 25km or 50km you need to have a charging station. Tata Power is also working on it. It is in five cities (Pune, Bangalore, Mumbai, Delhi and Hyderabad) where it has started putting these chargers. By this year-end they are targeting

250-300 fast chargers and next year will be even more. Also, you are seeing companies like EESL and some start-ups are also very aggressive in this space. Therefore, it’s a matter of two to three years (before a fairly wide charging network comes up). But coming back to the question, it is still relevant for a majority of intercity drives because they are 150-160km drives. On 250-km-300km drives, you need an additional 100km top-up. So if you are taking a tea break for about 25 minutes, then you do a top-up of 100km through fast charging.

Typically, electric vehicles seem to be working rather well for predictable trips, like buses, commercial vehicles, plying on set routes or in set areas and so on. How do you think it is going to pan out in India?

India is a very price-sensitive market and total cost of ownership (TCO) focused, at least in the trucking segment. So we don’t see the viability of an electric vehicle in the truck segment, which has intercity applications. But we definitely do see an opportunity in the cargo, which is running within the city because knowing that India has very polluted cities it’s just a matter of time before there would be impositions of making cities ultra-low-carbon-emission zones. If you move towards that, there will be a lot of applications. A lot of e-commerce companies are also wanting to move towards electric applications. So in the last-mile cargo application you will see electrics the way you are seeing in the last-mile passenger applications through e-rickshaws and e-autos in cities. And, of course, in buses, for intracity applications primarily. And that is being supported through the FAME programme. But I don’t see this happening in the trucking segment because a lot of the battery content, the energy content, will get wasted in supporting the kerb weight. So, till the energy density is increased I don’t see this happening.

Talking about long-term sustainability, I think it is going to come through the reduction in battery prices per kilowatt hour. And second, the rising energy densities. So as a combo you can start delivering range even more than what you see in petrol and diesel vehicles. The other thing that will support this is going to be the rising cost of ICE vehicles with the stringent emission norms. So, this is inflationary and the other deflationary. So you will hit an inflection point when all of a sudden you will see a big jump in the adoption of electric vehicles. 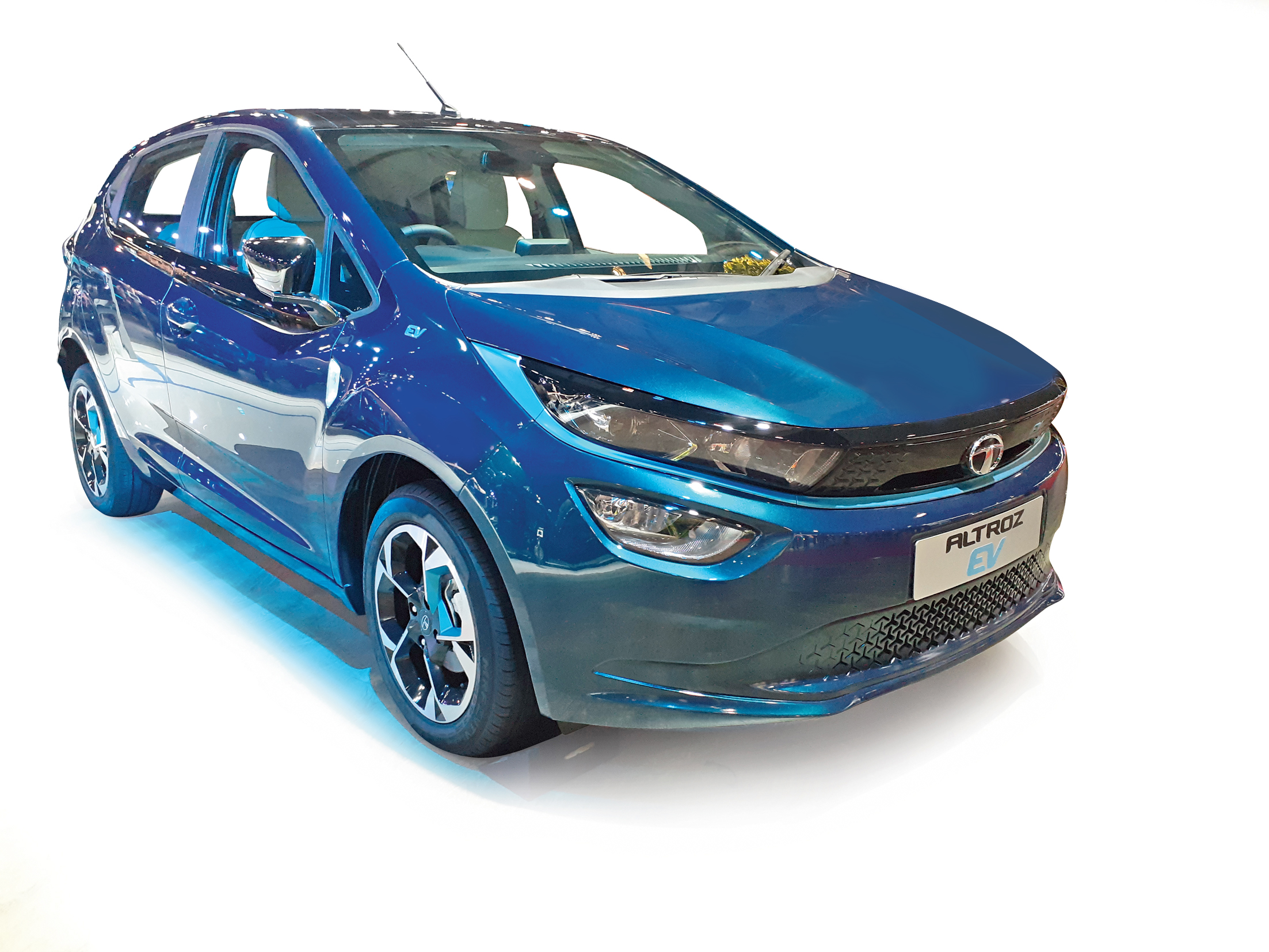 Are you planning to put the Ziptron in any of your other vehicles?

All the cars now going forward will be Ziptron based. It is important to select the right segment where electrification would make sense. What I mean by that is for the Nexon it makes sense because you can deliver a high range at a price which is within the reach of a comparable ICE vehicle. Tigor, for instance, with the incentives, you can be in that zone because it’s nearly Rs 9.5 lakh with the incentives compared with a Rs 7.5 lakh for an ICE engined one. But in the private segment it will become more expensive. But with the Nexon, you can be in the 15 per cent zone because the base cost itself is high and the segment is not so focused on total cost of ownership. It appreciates performance and new features more.

So it is important to select the right segment. Today, if you are doing a hatchback, you try to be in this 25 per cent. But going forward, as battery prices decrease, and the ICE prices increase, I will be able to open the hatch segment. So it is also about the timing. That’s the reason why we chose the Nexon, because that’s the sweet spot of meeting all these balancing criteria.

Logically they will require a range of more than 500km as you’d buy these vehicles to do offroading and go out of the city and then these are slightly heavier vehicles. So you lose a lot in the kerb weight itself. But there will be a time when I will open it. With time you will have to open it up when you create value for the customer as well as the business. You cannot drive an unsustainable business.

Are you planning to take the electrics abroad?

Of course. We will think about it, but first we are focusing on India but it unleashes lot of potential for exporting because now we don’t have the constraint of emission norms. India was lagging with respect to some of the developed markets (with ICE technology), but the immediate target would be the right-hand-drive countries so that we don’t have to do another development to sell there. So we would definitely target them in the years to come.

The Tata Nexon EV, unlike the Tigor EV earlier, is going to be the first EV that would not be targeted at fleets. So what’s your expectation?

Our target customers are in three or four categories. The first one is definitely those kind of people who are environmentally friendly and they appreciate EVs because of that reason. Then you have the category of tech geeks, who would like to experiment with new technology and they get excited about it. Next you have a segment of those people who don’t want the hassles of maintenance, where the car has to go multiple times (for service) and EVs give you that benefit that they are literally a maintenance-free product. And the fourth category, which is not very big, of those who like exclusivity, and they want this brag value coming out of a new technology product.

What is the biggest hurdle to the use of electric cars in India?

So the only thing which stops it is the lack of charging infrastructure, which becomes a reason of anxiety. But within one or two years that will come.