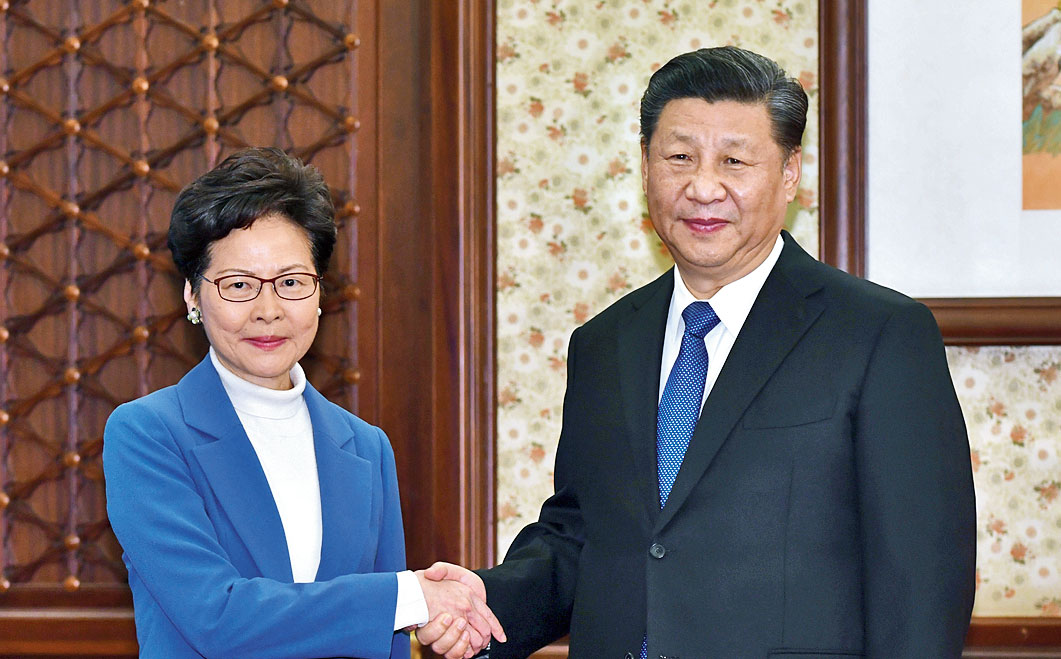 Chinese President Xi Jinping offered his support for Hong Kong leader Carrie Lam on Monday, praising her courage in governing the Chinese-ruled financial hub in these “most difficult” times after months of often violent anti-government protests.

“The situation in Hong Kong in 2019 was the most complex and difficult since its return to the motherland,” Xi told local media in brief comments before a closed-door meeting with Lam in Beijing.

“The central government fully recognises the courage and assumption of responsibility you have displayed in these exceptional times in Hong Kong.”

Hong Kong returned to Chinese rule in 1997 with the promise of wide-ranging autonomy under a “one country, two systems” formula, including a free press and independent judiciary, which the protesters say is being eroded by Communist Party rulers in Beijing. China denies the charge.

Hong Kong media have speculated that Lam’s talks with Xi could yield fresh directives on the crisis, including a possible cabinet reshuffle. Xi did not go into specifics, but reiterated his support for Lam despite some previous media reports suggesting she might be replaced.

He added that Beijing was “unwavering in supporting Hong Kong police in firmly upholding the law” and said Lam had continued to uphold the “one country, two systems” principle.

He stated on Monday that these were Beijing’s basic positions on Hong Kong affairs.

Lam earlier met Premier Li Keqiang who said Hong Kong was not yet out of the “dilemma” facing the city’s ailing economy after months of sometimes violent protests.

Lam said she was encouraged by Xi’s recognition of her efforts.

“This year is of course a rather special one because in the last six months Hong Kong has been haunted by social unrest, disturbances and violence acts,” she said. “So I spent a bit more time to give them an account of where things stand.”

Amid signs of the city’s growing economic woes, Lam said China had pledged to continue to offer favourable economic policies and its full support. The Committee to Protect Journalists said in a report that press freedom in Hong Kong has come under an accelerating squeeze despite China’s pledges to maintain an open society.