China vowed to safeguard ex-UK colony’s freedoms, but some see a wolf at the door 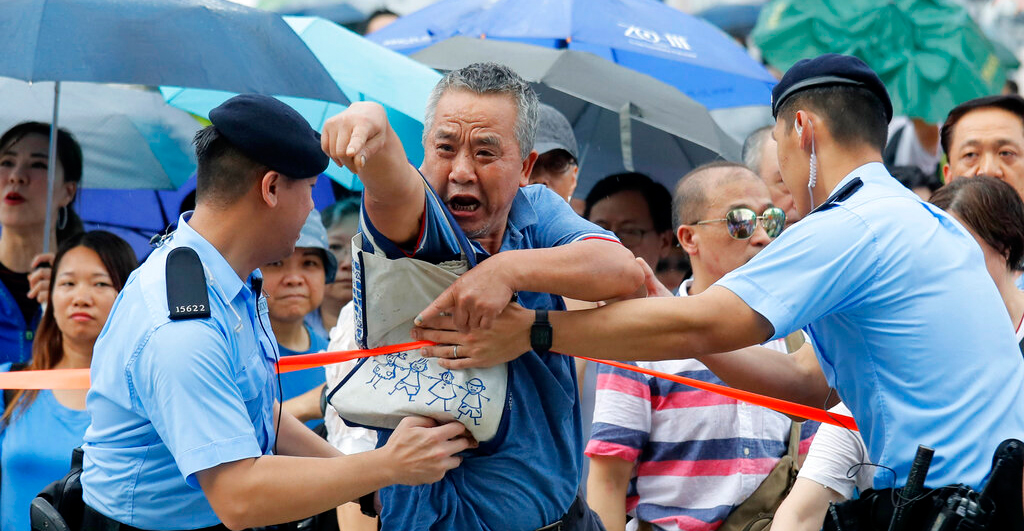 When Britain returned Hong Kong to China in 1997 after more than a century of colonial rule, it was a moment of immense pride for Beijing, and immense trepidation for a territory that had long enjoyed greater freedom and prosperity than the nation that was reclaiming it.

An authoritarian state run by the Communist Party was taking over a global financial centre with independent courts, burgeoning democracy and extensive protections of civil liberties. Would the Chinese government hold to its promise to maintain “one country, two systems” for the next 50 years? Would it let Hong Kong remain Hong Kong?

Beijing was quick to offer reassurances.

“China,” its Premier told his British counterpart, “would prove her words by her deeds”, according to a declassified British government memo. But as Hong Kong marks the 22nd anniversary of the handover on Monday, some of China’s recent deeds suggest something else.

Hong Kongers may still enjoy a degree of freedom mainland Chinese can only envy, with freedom of assembly, a free press and an unfettered judicial system. But almost every day brings new evidence those freedoms are slipping away, with the territory falling farther under Beijing’s shadow.

In recent weeks, Hong Kongers have taken to the streets to protest. For many here, there is a sense of time running out.

“There will be a moment that mainland China will completely take over Hong Kong,” said Danny Chan, a 25-year-old primary school teaching assistant who joined a recent protest. “As a Hong Kong citizen, the best we can do is postpone it.”

The British arrived in China in the late 17th century, bent on trade and empire, and soon found themselves at odds with Chinese rulers happy to export their goods, but far less interested in importing the West’s. The British claimed Hong Kong from the Chinese through two wars, later securing part of the territory with a 99-year lease that expired on July 1, 1997.

During the Hong Kong handover talks in the 1980s, China rejected Britain’s desire to continue running the territory, and instead proposed that Hong Kong become a semi-autonomous region of China. China’s then-Premier, Zhao Ziyang, told Prime Minister Margaret Thatcher of Britain that there should be no doubts about Beijing’s trustworthiness.

And at first, when Beijing took over in 1997, it did take a light touch.

While the fears of many in Hong Kong that their rights would disappear overnight in 1997 proved exaggerated, since then there has been a gradually escalating assault on liberty.

“Unlike in 1997, I think some of the unease today comes from certainty, not uncertainty,” said Peter T.Y. Cheung, an associate professor of politics and public administration at the University of Hong Kong.

China’s controlling approach toward the territory has grown increasingly clear since Xi Jinping came to power in 2012 and set out to strengthen his grip across the country.

“In particular over the past six, seven or eight years, we have seen Beijing tightening its grip over Hong Kong,” said Anson Chan, the No. 2 official in Hong Kong government before the handover and for four years after.

During Britain’s rule of Hong Kong, the colonial governor was appointed, and directly elected seats on the legislature were only introduced in the early 1990s. The Basic Law, which amounts to a constitution for Hong Kong and took effect in 1997, declares that the “ultimate aim” is for the chief executive and the entire legislature to be chosen by voters.

In 2007, when China was led by Hu Jintao, it set a date for the vote, saying the chief executive could be directly elected in 2017, followed by the whole legislature.

That did not happen.

In 2017, Hong Kong’s chief executive was once again chosen by a committee that has always done Beijing’s bidding. And nearly half the legislature is made up of representatives chosen by professional sectors, not the voters at large. There is no sign that will change when the legislature is up for election again next year.

“The most significant area of erosion is the promise that 20 years after 1997, Hong Kong should be able to choose its own chief executive through a direct election,” said Steve Tsang, director of the China Institute at the School of Oriental and African Studies in London. “That promise has clearly not been kept.”

Carrie Lam, who became chief executive in 2017, often says that she has two bosses, Beijing and Hong Kong.

But Beijing’s role in choosing the chief executive leads to widespread questions over who calls the shots in Hong Kong.

Beijing did once endorse a form of direct elections for Hong Kong, but with a big catch: Hong Kongers could vote for their leader, the Chinese legislature decided in 2014, but the candidates must first be approved by a pro-Beijing nominating committee. In other words, Hong Kong could elect its own leader, but only from a handful of candidates acceptable to the Communist Party.

Thus the so-called Umbrella Movement was born. Those restrictions set off huge protests in Hong Kong, and demonstrators occupied city streets for nearly three months to protest what they labelled “fake democracy.”