John A. Gonsalves had sent the mail when he was a 22-year-old army sergeant serving in Germany 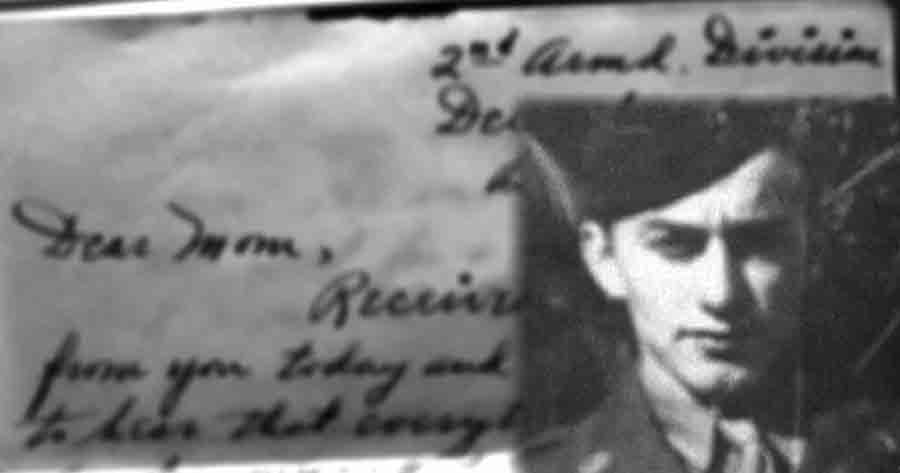 Angelina Gonsalves answered the doorbell to find her longtime letter carrier standing in front of her, with registered mail in his hand. “Hi, was your husband in the service?” Angelina, 89, recalled the letter carrier’s saying. “Yes, he was,” she answered. “But I didn’t know him then.”

The letter carrier handed her an envelope. “Well, I’m pretty sure I have something that’s personal for you,” he said.

Inside the envelope was an unopened airmail letter that her husband, John A. Gonsalves, had sent to his mother in Woburn, Massachusetts, when he was a 22-year-old army sergeant serving in Germany just after the end of World War II.

“Dear Mom, Received another letter from you today and was happy to hear that everything is okay,” he wrote on December 6, 1945. “As for myself, I’m fine and getting along okay. But as for the food, it’s pretty lousy most all the time.”

In an interview on Friday, nearly a month after she opened the letter, Angelina recalled the flood of emotions she had felt as she read her husband’s words, his neat cursive on faded paper in an envelope with a 6-cent stamp.

“It was amazing,” Angelina said. “I really felt like he was there with me.”

They met in 1949, when he gave her and her girlfriend a ride home from the shoe factory where they all worked in Woburn, outside Boston. The couple married in 1953, raised five boys together and were married for 61 years, until John died in 2015, at age 92.

His letter had been discovered in a Pittsburgh postal facility, Angelina said, and had been delivered to her house on December 9, along with a letter from the Postal Service.

“We are uncertain where this letter has been for the past seven-plus decades, but it arrived at our facility approximately six weeks ago,” the letter read, according to WFXT-TV, which reported on it.

Citing the letter’s “age and significance to your family history”, the Postal Service said that “delivering this letter was of utmost importance to us”.

Angelina’s oldest son, also named John Gonsalves, said postal workers had been trying for weeks to track down the family so they could deliver the letter. The original recipient, John Senior’s mother, died decades ago, and her old address in Woburn is no longer a family home.

In November, John Junior said, he received a phone message from a postal employee in Pittsburgh who said he wanted to speak to him about his father. Since his father had died years ago, he said, he had assumed the call was a scam.

A secretary at the church where John Senior’s funeral had been held also received a call from the postal employee, the son said, and had relayed the message to Angelina. She, too, assumed it was a scam.

“We kind of let it go, our entire family, and, then, nine days later, my mother gets the registered letter from Pittsburgh,” the son said. “It was crazy.”