Advertisement
Home / World / Why is the Belarusian govt so fixated on Protasevich?

Why is the Belarusian govt so fixated on Protasevich?

Roman, co-founder and former editor of the NEXTA channel on the social media platform Telegram had fled the country in 2019, fearing arrest 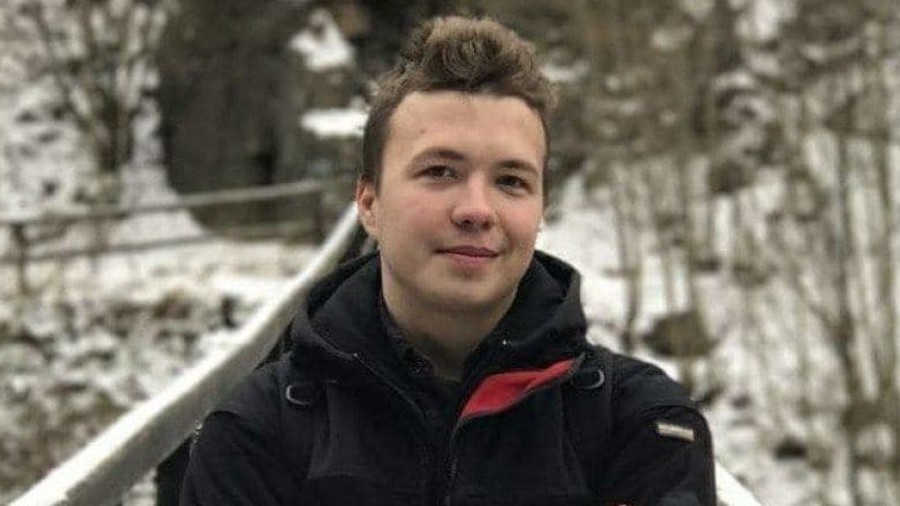 It has all of the elements of a Jason Bourne plot: A commercial flight carrying a dissident journalist is intercepted by a MiG-29 fighter jet under orders from the strongman President of Belarus.

This protagonist is very much real. His name is Roman Protasevich, and on Sunday, he drew worldwide attention because the Belarusian government and its authoritarian leader went to extraordinary lengths to stop him.

Protasevich, 26, was travelling by commercial airline from Athens to Vilnius, Lithuania, when the Belarusian air force scrambled a fighter jet. The flight, on the Irish airline Ryanair, was diverted to Minsk, the capital of Belarus, where the millennial Opposition figure was taken into custody.

The widely condemned tactic was the latest attempt by Aleksandr G. Lukashenko, the country’s authoritarian leader, to suppress the influential voice of Protasevich.

Why is the government so fixated on Protasevich?

There are few remaining sources of independent news in Belarus, where most media outlets were forced to shut down after widespread protests over a disputed presidential election in 2020.

Protasevich is a co-founder and a former editor of the NEXTA channel on the social media platform Telegram, which has become a popular conduit for Lukashenko’s foes to share information and organise demonstrations against the government.

He fled the country in 2019, fearing arrest. But he has continued to roil Lukashenko’s regime while living in exile in Lithuania, so much so that he was charged in November with inciting public disorder and social hatred.

As a teenager, Protasevich became a dissident, first drawing scrutiny from law enforcement. He was expelled from a prestigious school for participating in a protest rally in 2011.

What happened on Sunday?

Rotasevich was returning to Vilnius from an economic conference in Greece with the Belarusian Opposition leader Svetlana Tikhanovskaya, Greek officials said.

The flight, which had been carrying some 170 passengers, should have taken about three hours. As it approached the border between Belarus and Lithuania, a MiG-29 fighter jet was scrambled to intercept it.

Lukashenko, who is often referred to as “Europe’s last dictator”, personally ordered the fighter jet to escort the Ryanair plane to the Minsk airport after a bomb threat, his press service said. According to the statement, Lukashenko, an ally of President Vladimir V. Putin of Russia, gave an “unequivocal order” to “make the plane do a U-turn and land”.

No bomb was found on board, the country’s law enforcement authorities said.

What kind of punishment is Protasevich facing?

The government’s main security agency in Belarus, called the KGB, placed Protasevich’s name on a list of terrorists. If he is accused and convicted of terrorism, he could face the death penalty.

The charges of inciting public disorder and social hatred carry a punishment of more than 12 years in prison.

Minsk airport in Belarus on Monday suspended boarding of a Lufthansa flight to Frankfurt and searched the plane, saying it had received a warning about a possible terrorist act that had not been confirmed.

Lufthansa said in a written statement on Monday that Minsk authorities, prompted by a security alert, had unloaded luggage and freight from flight LH1487 and carried out renewed security checks on 51 people on board, including five crew members.