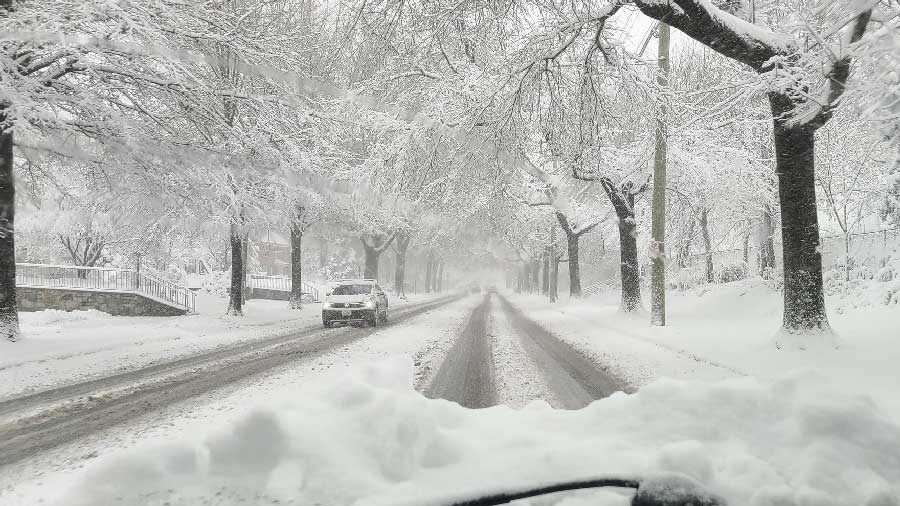 Interstate 95, one of the busiest travel corridors in the US, was closed on Tuesday morning south of Washington, DC, after accidents involving several tractor-trailers stranded motorists, including a US senator, overnight on the snowy highway.

The accidents came as the mid-Atlantic states struggled to recover from a winter storm on Monday that caused at least five deaths.

A 50-mile stretch of Interstate 95 was closed in the Fredricksburg, Virginia, area, leading to long delays on one of the East Coast’s major traffic arteries, according to the Virginia department of transportation.

Governor Ralph Northam of Virginia said the state was sending an emergency message to stranded drivers and trying to reroute them.

On social media, drivers reported being stranded for 12 hours or more. Senator Tim Kaine, Democrat of Virginia, was among them, saying on Twitter on Tuesday that his normal two-hour commute to Washington had been disrupted by the standstill and ice on the interstate.

Ilse Zuniga, a spokeswoman for Kaine, said the senator had left for the Capitol at 1pm (local time) on Monday and was still stuck on the interstate alone in his vehicle at 10am.

“This has been a miserable experience,” Kaine told WTOP, a Washington-area radio station. “But at some point, I kind of made the switch from a miserable travel experience into kind of a survival project.”