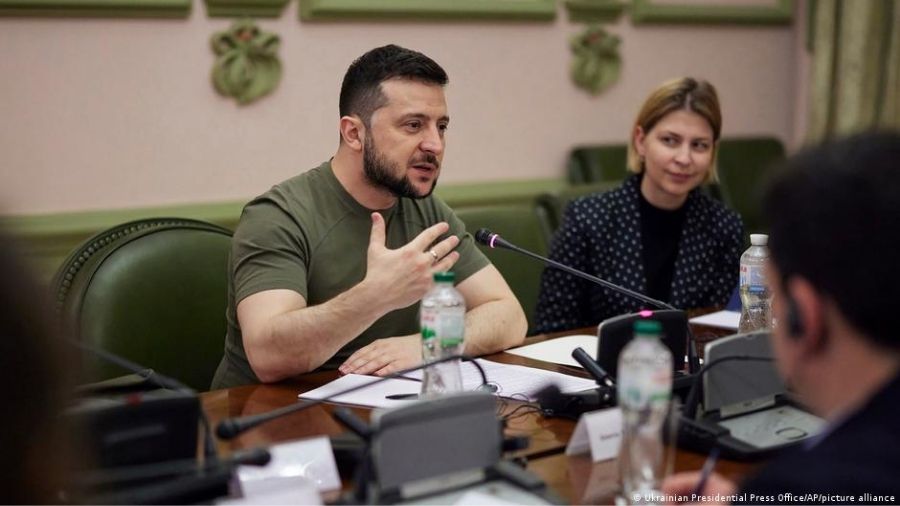 This article was last updated at 09:59 IST

World military expenditure surpassed the $2 trillion mark (€1.8 trillion) for the first time in 2021, according to a report by the Stockholm International Peace Institute (SIPRI).

The report released on Monday shows Russia increased its military expenditure to $65.9 billion in 2021 to reach 4.1% of its GDP.

It was the third consecutive year of growth and Russia's military spending. Moscow was the fifth largest spender in the world, behind the United States, China, India and the United Kingdom.

Total spending in Europe in 2021 amounted to $418 billion, 3% higher than in 2020 and 19% higher than in 2012. Many European countries have contributed substantial military aid to Ukraine since February 2022, and third-largest spender Germany boosted its military aid budget to €2 billion a little over a week ago.

The United States saw a drop in expenditure in 2021 due to a drop in American spending on research and development. The US is the largest supplier of military aid to Ukraine, having provided an additional $800 million in mid-April and another $322 million this Sunday.

The United States will provide Ukraine with $322 million in foreign military financing and has approved a $165 million sale of ammunition to the war-ravaged country.

It was the highest-level visit by an American delegation since the start of the war.

The US officials also pledged further assistance worth $713 million in foreign military financing for Ukraine and 15 allied and partner countries, with the $322 million earmarked specifically for Kyiv.

The new money brings the total amount of US military assistance to Ukraine to $3.7 billion since the invasion, officials said.

The two returned overland to Poland after their meeting. While Blinken was returning to Washington, Austin would head to Ramstein in Germany, for a meeting Tuesday of NATO defense ministers and other donor countries.

A large fire was reported at an oil storage facility in the Russian city of Bryansk. The emergency services ministry told Russian news agencies it was a single large fire.

It was not immediately not clear how the fire started. Bryansk is located about 380 kilometers (236 miles) southwest of Moscow.

The city is the administrative center of the Bryansk region, which borders Ukraine.

There was no immediate indication the fire on Monday at the oil storage facility was related to the war in Ukraine.

Quoting the European Commission's executive vice president, Valdis Dombrovskis, the paper reported that the precise details of the oil sanctions had not yet been agreed but could include a gradual phasing-out of Russian oil or imposing tariffs on imports beyond a certain price cap.

"We are working on a sixth sanctions package, and one of the issues we are considering is some form of an oil embargo. When we are imposing sanctions, we need to do so in a way that maximizes pressure on Russia while minimizing collateral damage on ourselves," Dombrovskis said.

The leaders of Australia and New Zealand used their annual speeches on Anzac Day to show support for Ukraine.

Anzac Day marks the anniversary of Australian and New Zealand soldiers landing on the Gallipoli Peninsula in 1915 during World War I but is now used to commemorate troops from all conflicts.

"The invasion of Ukraine is a senseless act of war, one that is taking the lives of innocent people. It is a threat to the international laws that a nation like ours relies on — but it is also a threat to our sense of humanity. And that makes it a threat to all of us," New Zealand Prime Minister Jacinda Ardern said

New Zealand was physically distanced from the conflict but "inextricably linked" to what it represented, Ardern added.

Across the Tasman sea, Australian Prime Minister Scott Morrison paid tribute to the people of Ukraine, who are fighting a Russian invasion.

"On this particular day, as we honor those who fought for our liberty and freedom, we stand with the people of Ukraine who do the same thing at this very moment," Morrison said.

Russia's forces sought to dislodge the last Ukrainian troops in the battered port of Mariupol. Ukraine's armed forces command wrote on Facebook that Russian forces were firing and performing "offensive operations" at the Azovstal steel plant.

The UN refugee agency said 5,186,744 Ukrainians have fled since the start of Russia's invasion, an increase of 23,058 on Saturday's figures.

The Organization for Security and Co-operation in Europe has said it is "extremely concerned" after several of its Ukrainian members were believed to have been arrested in pro-Russian separatist territories in the country's east. In a tweet, the organization said it was using all available channels to facilitate their release.

The UK Ministry of Defense said Russia was planning a "staged referendum in the southern city of Kherson aimed at justifying its occupation." In 2014, Russia held a sham referendum in Crimea to retrospectively justify its annexation of the territory.