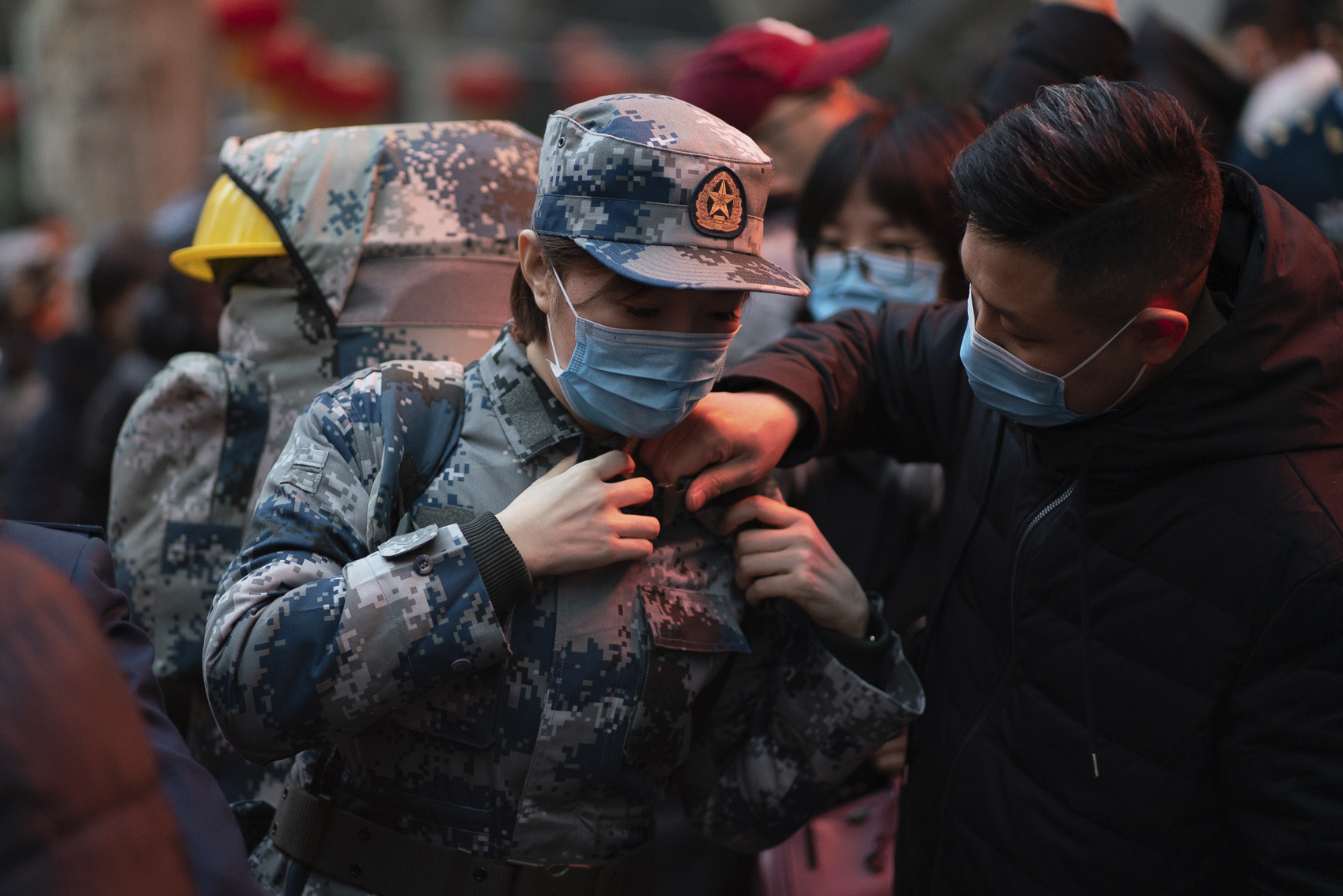 President Xi Jinping said China was facing a “grave situation” as the death toll from the coronavirus outbreak jumped to 41, overshadowing celebrations of the Lunar New Year that began on Saturday.

With more than 1,400 people infected worldwide, most of them in China, Hong Kong declared a virus emergency, scrapped celebrations and restricted links to mainland China.

Australia confirmed its first four cases on Saturday, Malaysia confirmed three and France reported Europe's first cases on Friday, as health authorities around the world scrambled to prevent a pandemic.

The US is arranging a charter flight on Sunday to bring its citizens and diplomats back from Wuhan, the central Chinese city that is the epicentre of the outbreak, the Wall Street Journal reported.

In Hong Kong, with five confirmed cases, the city’s leader Carrie Lam said flights and high speed rail trips between the city and Wuhan will be halted. Schools in Hong Kong that are currently on Lunar New Year holidays will remain closed until February 17.

The death toll in China has risen to 41, authorities reported on Saturday, from 26 a day earlier. As of 6pm local time (1000 GMT), 1,372 people in China had been infected with the virus — traced to a seafood market in Wuhan that was illegally selling wildlife.

The virus has also been detected in Thailand, Vietnam, Singapore, Japan, South Korea, Taiwan, Nepal, and the US.

In Hubei province, where Wuhan is located, officials appealed for masks and protective suits.

“We are steadily pushing forward the disease control and prevention ... But right now we are facing an extremely severe public health crisis,” Hu Yinghai, deputy director-general of the civil affairs department, told a news briefing.

Vehicles carrying emergency supplies and medical staff for Wuhan would be exempted from tolls and given traffic priority, China’s transportation ministry said on Saturday.

Wuhan said it would ban non-essential vehicles from its downtown starting Sunday, further paralysing a city of 11 million that has been on virtual lockdown since Thursday, with nearly all flights cancelled and checkpoints blocking the main roads leading out of town.

Authorities have since imposed transport restrictions on nearly all of Hubei province, which has a population of 59 million.

The newly identified coronavirus has created alarm because there are still many unknowns surrounding it, such as how dangerous it is and how easily it spreads between people. It can cause pneumonia, which has been deadly in some cases.

Australia confirmed its first four cases in two different cities on Saturday, and the country’s chief health official said he expected more cases as Australia is a popular destination for Chinese tourists.

State-run China Global Television Network reported on Saturday that a doctor who had been treating patients in Wuhan, 62-year-old Liang Wudong, had died from the virus.

It was not immediately clear if his death was already counted in the official toll of 41, of which 39 were in the central province of Hubei, where Wuhan is located.

US coffee chain Starbucks said it was closing all its outlets in Hubei province for the week-long Lunar New Year holiday, following a similar move by McDonald’s in five Hubei cities.

State-owned CCTV, citing an announcement from China’s tourism industry, said the country would halt all group tours, both at home and abroad, from January 27.

There are fears transmission could accelerate as hundreds of millions of Chinese travel during the Lunar New Year holiday, although many have cancelled their plans.

Airports around the world have stepped up screening of passengers from China, though some health officials and experts have questioned the effectiveness of such screenings. The WHO this week stopped short of calling the outbreak a global health emergency.

A report by infectious disease specialists at Imperial College, London, on Saturday said that despite this, the epidemic “represents a clear and ongoing global health threat” adding: “It is uncertain at the current time whether it is possible to contain the continuing epidemic within China.”

While China has called for transparency in managing the crisis, after the cover-up of the 2002/2003 SARS spread, officials in Wuhan have be criticised for their handling of the current outbreak.

A senior journalist at a Hubei newspaper run by the ruling Communist Party called on Friday for a “immediate” change of leadership in Wuhan on the Twitter-like Weibo. The post was later removed. Reuters