The US said it will reduce the number of its troops in Afghanistan to 8,600 within 135 days of signing the deal 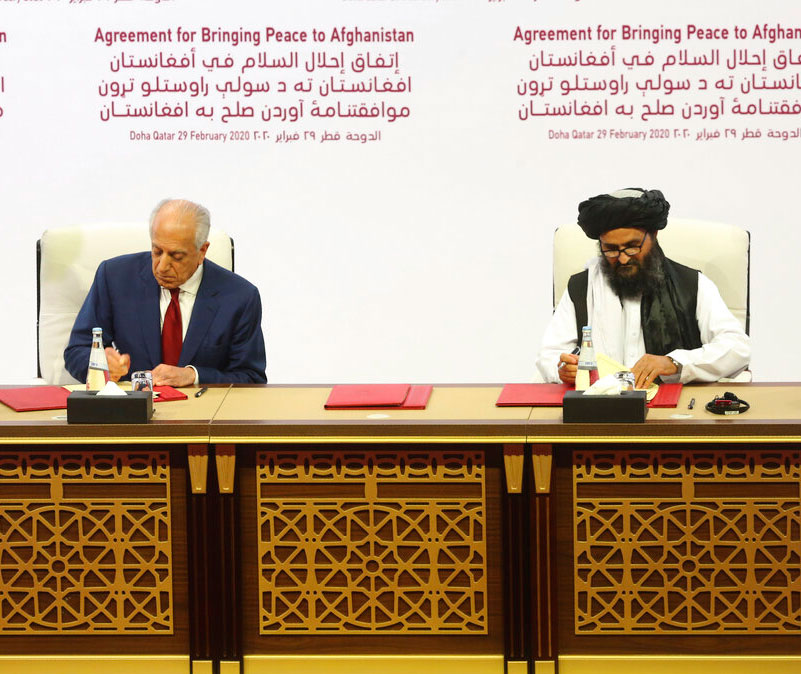 The US signed a deal with Taliban insurgents on Saturday that could pave the way towards a full withdrawal of foreign soldiers from Afghanistan over the next 14 months and represent a step toward ending the 18-year-war in the nation.

While the agreement creates a path for the US to gradually pull out of its longest war, many expect the talks to come between the Afghan sides may be much more complicated.

The deal was signed in the Qatari capital Doha by US special envoy Zalmay Khalilzad and Taliban political chief Mullah Abdul Ghani Baradar. US secretary of state Mike Pompeo was on hand to witness the ceremony.

US defence secretary Mark Esper said that while the accord would be a good step, the road ahead would not be easy.

“This is a hopeful moment, but it is only the beginning. The road ahead will not be easy. Achieving lasting peace in Afghanistan will require patience and compromise among all parties,” said Esper, who met Afghan President Ashraf Ghani in Kabul where they announced a joint declaration in parallel to the US-Taliban accord.

The US said it is committed to reducing the number of its troops in Afghanistan to 8,600 — from the current 13,000 — within 135 days of signing the deal, and working with its allies to proportionally reduce the number of coalition forced in Afghanistan over that period, if the Taliban adhere to their commitments.

A full withdrawal of all US and coalition forces would occur within 14 months of the deal getting signed, if the Taliban hold up their end of the deal, the joint statement said.

For US President Donald Trump, the Doha deal represents a chance to make good on his promise to bring US troops home. But security experts have also called it a foreign policy gamble that would give the Taliban international legitimacy.

“Today is a monumental day for Afghanistan,” the US embassy in Kabul said on Twitter. “It is about making peace and crafting a common brighter future. We stand with Afghanistan.”

Ghani said he hoped the deal paves the way towards lasting peace. “We hope the US-Taliban peace will lead to a permanent ceasefire... The nation is looking forward to a full ceasefire,” he said in Kabul.

The Afghan government said it stood ready to negotiate and conclude a ceasefire with the Taliban, and it affirmed its support for the phased withdrawal of US and coalition forces.