US state Capitols on high alert 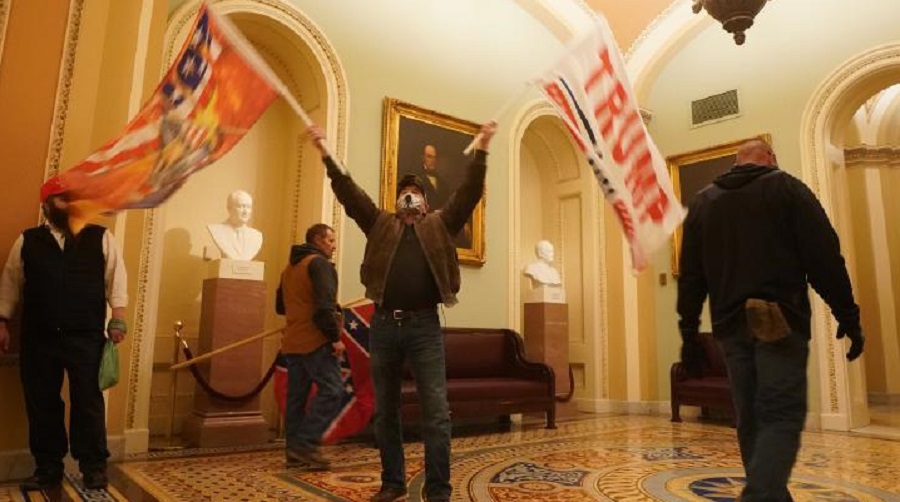 It was opening day of the 2021 legislative session, and the perimeter of the Georgia state Capitol on Monday was bristling with state police officers in full camouflage gear, most of them carrying tactical rifles.
On the other side of the country, in Olympia, Washington, dozens of National Guard troops in riot gear and shields formed a phalanx behind a temporary fence. Facing them in the pouring rain was a small group of demonstrators, some also wearing military fatigues and carrying weapons. “Honour your oath!” they shouted. “Fight for freedom every day!”

And in Idaho, Ammon Bundy, an anti-government activist who once led his supporters in the occupation of a federal wildlife refuge in Oregon, showed up outside the statehouse in Boise with members of his organisation carrying “wanted” posters for governor Brad Little and others on charges of “treason” and “sedition”.

Officials in state capitals across the country are bracing for a spillover from last week’s violent assault on the US Capitol, with legislatures already becoming targets for protesters in the tense days around the inauguration of the incoming President, Joseph R. Biden Jr.