The park, considered one of the driest places in the US, saw a torrential downpour that flooded offices and hotels 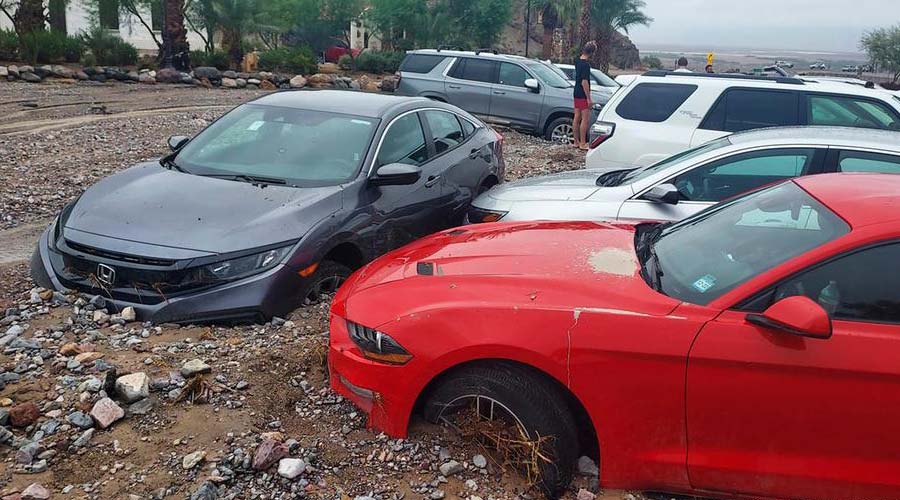 The US national park, considered one of the driest places in North America, saw a torrential downpour that flooded hotels and tore up paved roads, leaving visitors stranded.

The park was temporarily closed after 1.46 inches (3.7 centimeters) of rain fell in the park's Furnace Creek area. The record torrential rain almost tied the previous daily record of 1.47 inches.

"Unprecedented amounts of rainfall caused substantial flooding," the National Park Service said in a statement, adding that "there are approximately 500 visitors and 500 staff currently unable to exit the park."

While no injuries were reported, about 60 cars belonging to park visitors and staff were buried in several feet of debris at the Inn at Death Valley, an historic luxury hotel. US photographer John Sirlin, who witnessed the flooding, said many dirt side roads were impassable and "washed out completely."

The rain also flooded offices and hotels, and tore up sections of paved roads. It also knocked a water treatment system out of service that serves the park area.

Sirlin told the AP news agency that "entire trees and boulders were washing down."

"The noise from some of the rocks coming down the mountain was just incredible," he said.

The park in the northern Mojave Desert, California, is one of the driest places in North America.

The average annual rainfall in the region is less than 2 inches.

A flash flood warning for the park and surrounding area expired at 12:45 p.m., Friday but a flood advisory remained in effect into the evening, the National Weather Service said.