Advertisement
Home / World / US evacuates 2,000 people from Afghanistan over past 24 hours

US evacuates 2,000 people from Afghanistan over past 24 hours 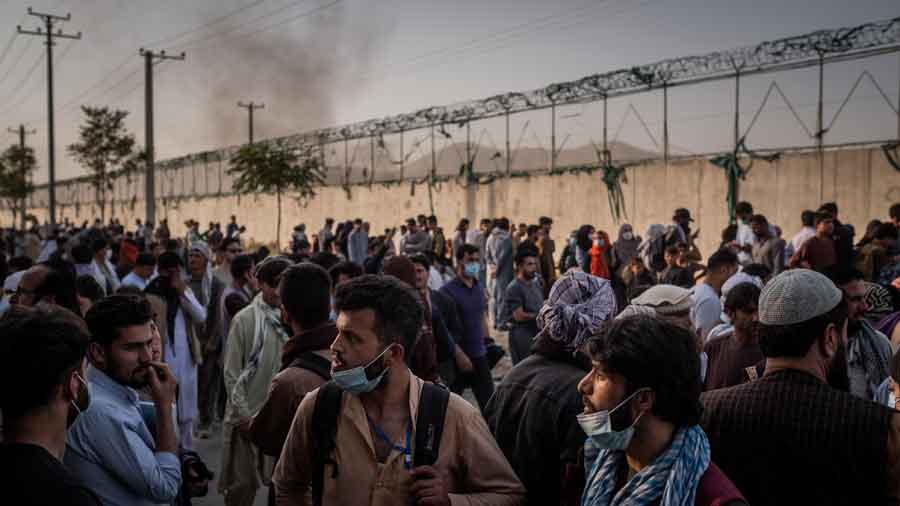 The US has evacuated approximately 2,000 people from the Kabul airport in the last 24 hours, the White House has said, as the countdown for the end of America's longest military mission begins in Afghanistan.

Since August 14, the US has evacuated and facilitated the evacuation of approximately 113,500 people. Since the end of July, it has re-located approximately 119,000 people, it said.

"This is an incredible number of people who are now safer thanks to the heroism of the young men and women who are putting their lives on the line each day to evacuate American and vulnerable Afghans out of Kabul," Major General Hank Taylor Commander, Army Operational Test Command told reporters at the Pentagon.

"We continue to evacuate American citizens and vulnerable Afghans out of Kabul. In fact, there are approximately 1,400 individuals at the Kabul airport who have been screened and manifested for flights today," he said.

On Friday, 32 U.S. military aircraft, 27 C-17s and five C-130s departed with approximately 4,000 personnel. Combined with 34 coalition aircraft and departures, an additional 2,800 personnel left Kabul for various intermediate staging bases. Sixty-six flights left out of Kabul on Friday in that 24-hour period with 6,800 evacuees.

"Today, I can report an updated total evacuation that is more than 117,000. The vast majority of which are Afghans. Of this total number, approximately 5,400 are American citizens," he said.

"As the military mission begins to end in Kabul, thousands of service members are working across the globe and within the United States to complete this incredibly important mission," Taylor said.

Out of the EUCOM AOR, six flights will transport about 2,000 Afghans to the United States. Since August 20 the EUCOM AOR has received nearly 30,000 vulnerable Afghans and evacuees, he said.

The US, according to a State Department spokesperson, have continued to provide assistance to any American in Afghanistan who would like to leave the country. That effort has included around-the-clock outreach consisting of tens of thousands of calls, emails, texts, and WhatsApp messages conducted multiple times a day to contact individuals who gave them their information.

"We have received confirmation that at least 5,400 Americans and likely more have been safely evacuated from Afghanistan since August 14. This includes nearly 300 Americans in the last day," the spokesperson said.

At present, approximately 350 Americans have told the US that they are still seeking to leave the country.

"These roughly 350 individuals are currently the only Americans we can confirm are in Afghanistan and seeking to leave. Our team on the ground has this information and continues to provide assistance around the clock. We believe that some of these people are nearly or already out of the country," the spokesperson said.

Additionally, the officials have actively communicated with roughly 280 additional individuals who self-identified as Americans in Afghanistan but who have not informed them of their plans to leave the country, or who have told that they do not intend to leave at all.