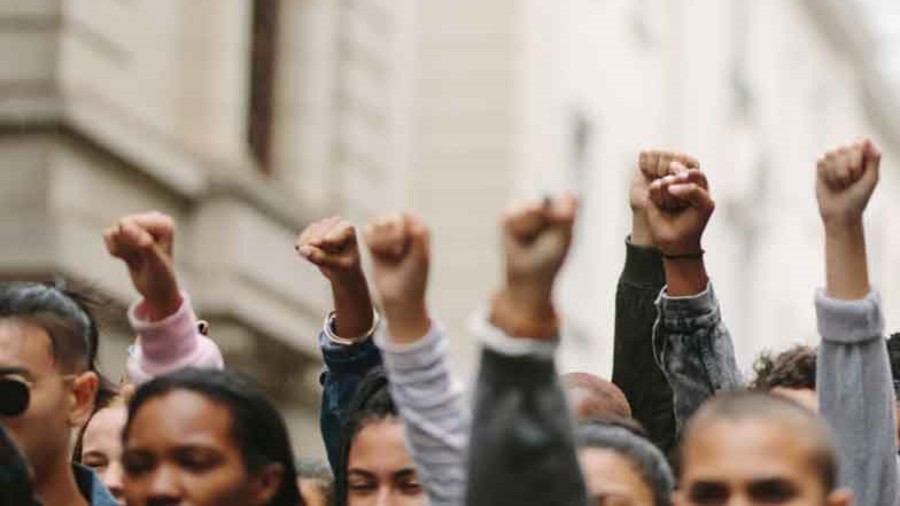 Calling on election officials to “count every vote”, protesters marched through the streets of several American cities on Wednesday in response to President Trump’s aggressive effort to challenge the vote count in Tuesday’s presidential election.

In Minneapolis, protesters blocked a freeway, prompting arrests. In Portland, hundreds gathered on the waterfront to protest the President’s attempted interventions in the vote count as a separate group protesting the police and urging racial justice surged through downtown, smashing shop windows and confronting police officers and National Guard troops.

In Phoenix, about 150 pro-Trump protesters, some of them armed, gathered outside the county recorder’s office where a closely watched count of votes that could help determine the outcome of the election was being conducted.

At several points, protesters contended that Adrian Fontes, the county official who oversees elections in Maricopa county, was improperly failing to count some ballots and costing Trump votes in Arizona’s most populous county — although there was no evidence that any ballots had been improperly tossed.

Keely Varvel, Fontes’s chief deputy, said there were no plans to halt counting of the ballots because of the protest in front of the building. “We are still planning to finish up our scheduled ballot processing work and report out more results tonight,” Varvel said.

In Detroit, another group of pro-Trump poll watchers gathered earlier in the day outside a ballot-counting centre, demanding that officials “stop the count” of ballots after the Trump campaign filed suit to halt the count in Michigan.

Trump claimed early on Wednesday that he had won the election long before key states had counted all their ballots. He spent much of the day asserting, without evidence, that people were trying to “steal” the election from him and cast doubt on the legitimacy of the many ballots sent through the mail because of the coronavirus pandemic.

Early on Thursday, Joseph R. Biden Jr. was only a handful of electoral votes from winning the election, and Trump’s campaign was mounting an aggressive legal effort to challenge the tally, filing lawsuits in Michigan, Georgia and Pennsylvania.

“It’s such a dangerous moment,” said Carol Carmick, 59, who said she joined the protests in Portland out of fears that Trump would try to stay in power even if he lost the election.

Protesters also gathered in Philadelphia, Los Angeles, Chicago and elsewhere, some of them continuing the protests over racial justice and policing that have rocked the country since the police killing of George Floyd in Minneapolis in May.

More demonstrations were scheduled for the coming days.

In Minneapolis, several hundred protesters angered over the President’s declarations marched onto Interstate 94, prompting the police to clear the roadway.

“Our focus is on not allowing Donald Trump to steal this election from the American people,” Nekima Levy Armstrong, a lawyer who was part of the protest, said in a phone interview from the freeway.

She said that the protesters had halted traffic and that the police, some on horses, had begun to make arrests and were not allowing protesters to leave.

The Minnesota State Patrol said on Twitter that it was arresting protesters and that demonstrating on the freeway “is illegal and very dangerous for pedestrians and motorists.”