Around 60 people tested positive for the virus, taking the total number of those infected on the ship to 130 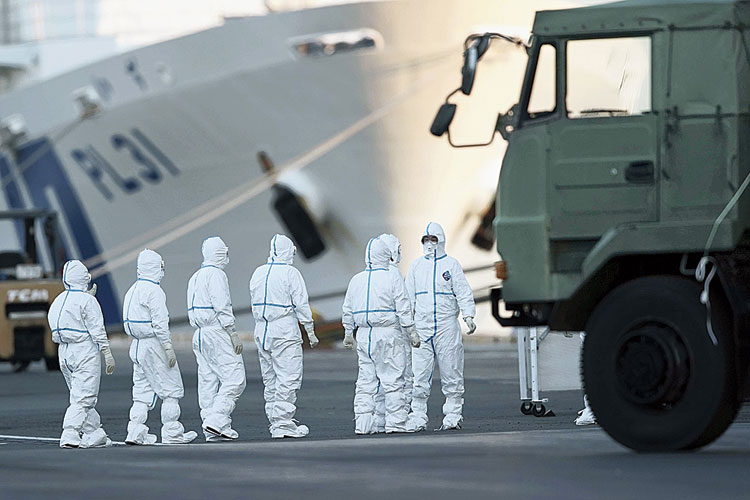 An unspecified number of Indians were among the nearly 3,000 passengers and crew members on board a cruise ship quarantined in Yokohama port because of diagnosis of coronavirus cases, the Indian embassy here said on Monday.

Cruise ship Diamond Princess, carrying 3,711 people, arrived at the Japanese coast early last week and was quarantined after a passenger who de-boarded last month in Hong Kong was found to be the carrier of the virus on the ship.

Around 60 people tested positive for the virus on Monday, taking the total number of those infected on the ship to 130. Authorities had initially tested nearly 300 people when the ship arrived at the Japanese coast. The Indian embassy in Tokyo on Monday tweeted the information about the Indians on the ship.

“Many Indian crew & some Indian passengers are on board the cruise ship Diamond Princess quarantined off Japan due to Coronavirus (nCoV),” it tweeted. “In this context, any query please contact First Secretary (Consular) IndianEmbTokyo at fscons.tokyo mea.gov.in CPVIndia MEAIndia PMOIndia,” it said.

Those on the ship have been asked to wear masks and allowed limited access to the open decks as they are advised to remain in the cabins most of the time.