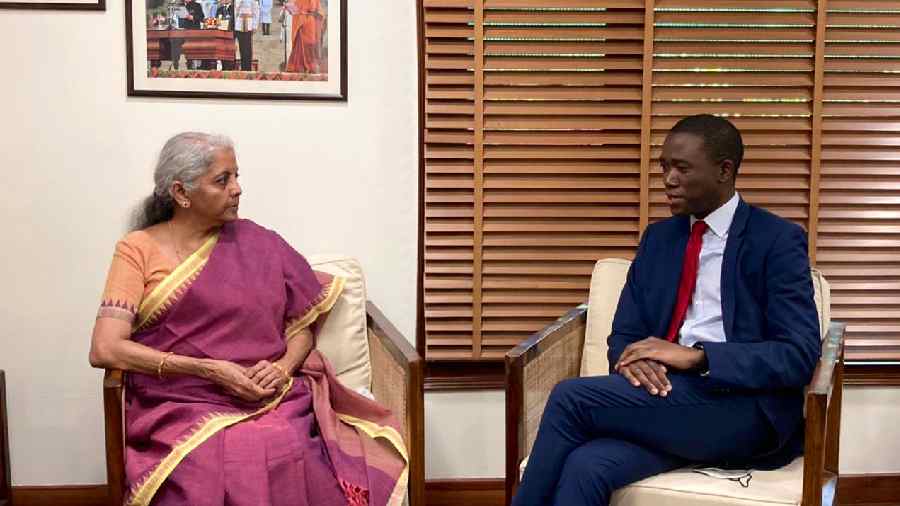 During the meetings, Adeyemo discussed ways that the United States and India could work together to address shared global challenges like food insecurity and high energy prices. He said that ending Russia's invasion of Ukraine was critical to addressing these issues, the Treasury said on Friday in a readout of the meetings.

He reiterated the importance of well-supplied global energy markets, even as we work together with partners like India to expand access to sources of renewable energy that will reduce our dependence on fossil fuels over time, the readout said.

During Adeyemo's visit, the US pressed India to join a coalition seeking to impose a price cap on Russian oil aimed at squeezing revenue streams for Moscow and softening the global energy prices.

India snapped up discounted Russian oil that was shunned by buyers of Europe and other places post-Russia's invasion of Ukraine. India has been guarded in its criticism of Moscow for its aggression against Ukraine.

With oil prices surging past USD 100/barrel mark, the US along with other G7 nations is looking at imposing some sort of price cap on Russian oil.

Adeyemo in New Delhi said energy and foodgrain trade by Russia has been kept out of sanctions and nations like India were free to enter into deals using any currency, including local currency.

The war has disrupted the global supply chain which has resulted in rising prices of crude oil and some food products.

"Indian policymakers are interested in learning more about joining the global price cap coalition to keep Russian fuel prices in check as it is aligned with India's objective of lowering energy prices for the consumer," Adeyemo said during an interaction with media in New Delhi.

The G7 countries are inclined towards having a price ceiling on Russian oil.

On the other hand, Russia is discussing cheap long-term oil deals with Asian buyers in an attempt to counter the G7 bid to cap export prices.

"It is in the best interest of our people to get energy but also to deny Russia revenues that they can use to prop up their economy and further the war in Ukraine. Our goal ultimately is to try and build out a coalition that is going to join us in implementing the price cap," he said on Friday.

According to the Treasury, during the meetings in New Delhi, the Deputy Secretary continued to underscore the importance of deepening the United States and India's already strong relationship, including through platforms like the Quad and the Indo-Pacific Economic Framework.

He stressed that they can maintain a free and open Indo-Pacific that delivers greater prosperity for the citizens through those efforts, including through steps to bolster supply chain resiliency between trusted partners like the United States and India, according to the readout.

India, the US and several other world powers have been talking about the need to ensure a free, open and thriving Indo-Pacific in the backdrop of