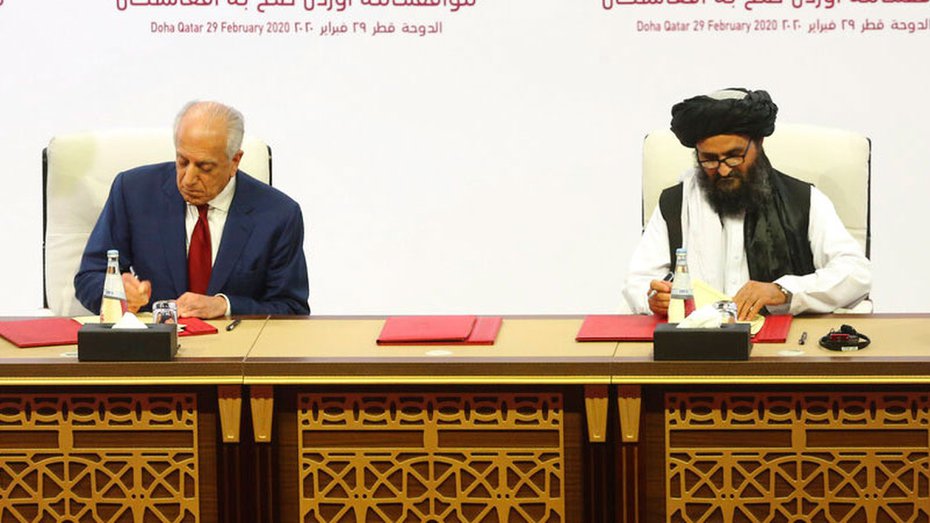 The US conducted an airstrike on Wednesday against Taliban fighters in Afghanistan’s southern Helmand province, a US forces’ spokesman said, the first such attack since a troop withdrawal agreement was signed between the two sides on Saturday.

The Taliban fighters were “were actively attacking an (Afghan National Security Forces) checkpoint. This was a defensive strike to disrupt the attack,” said Col Sonny Leggett, a spokesman for the US Forces in Afghanistan in a tweet.

He said Washington was committed to peace but would defend Afghan forces if needed.

“Taliban leadership promised the (international) community they would reduce violence and not increase attacks. We call on the Taliban to stop needless attacks and uphold their commitments,” he said.

The airstrike was the first by the US against the Taliban in 11 days, when a reduction in violence agreement had begun between the sides in the lead up to Saturday’s pact.

Since the signing, the Taliban had decided on Monday to resume normal operations against Afghan forces, though sources have said they would continue to hold back on attacks on foreign forces.

The Taliban has so far declined to confirm or deny responsibility for any of the attacks and did not immediately respond to request for comment on the airstrike. On Tuesday, there were several attacks against officials blamed on the Taliban, including one at a checkpoint.