Three-member commission’s findings are based on visits to 27 towns and settlements in Kyiv, Chernihiv, Kharkiv and Sumy, and interviews with more than 150 victims and witnesses 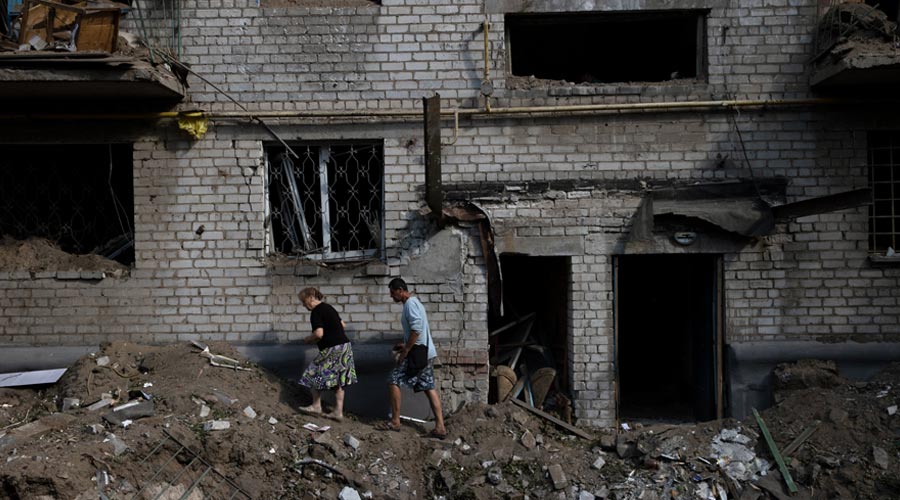 Russian soldiers have raped and tortured children in Ukraine, an UN-appointed panel of independent legal experts said in a damning statement on Friday that concluded war crimes had been committed in the conflict.

A three-person Commission of Inquiry set up in April to investigate the conduct of hostilities in four areas of Ukraine laid out the graphic allegations in an unusually hard-hitting, 11-minute statement to the UN Human Rights Council in Geneva.

“The commission has documented cases in which children have been raped, tortured, and unlawfully confined,” the panel’s chairman, Erik Mose, told the council.

He added: “Children have also been killed and injured in indiscriminate attacks with explosive weapons. The exposure to repeated explosions, crimes, forced displacement and separation from family members deeply affected their well-being and mental health.”

The report added more chilling allegations to the list of crimes widely reported by Ukrainian and international investigators probing the executions of civilians in Bucha and the mass burial site found near the town of Izium.

“Based on the evidence gathered by the Commission, it has concluded that war crimes have been committed in Ukraine,” Mose said in his statement. He later said the commission had not yet concluded that violations amounted to crimes against humanity.

The commission found that some Russian troops had committed sexual and gender-based violence, with the victims ranging in age from four years old to 82. “There are examples of cases where relatives were forced to witness the crimes,” Mose told the council, noting that the commission was documenting the actions of individual soldiers and had not found any general pattern of sexual violence as a war strategy.

The commission’s findings were based on visits to 27 towns and settlements in the regions of Kyiv, Chernihiv, Kharkiv, and Sumy, and interviews with more than 150 victims and witnesses.

Kabul: At least four people are dead and 10 wounded after an explosion went off near a mosque in Afghanistan’s capital of Kabul on Friday, with a hospital confirming the number of casualties.

A column of black smoke rose into the sky and shots rang out several minutes after the blast in the city’s diplomatic quarter. The Italian Emergency Hospital in Kabul said it had received 14 casualties and that four were dead on arrival. Khalid Zadran, a spokesman for the Kabul police chief, said the blast targeted worshippers leaving the mosque after Friday prayers.