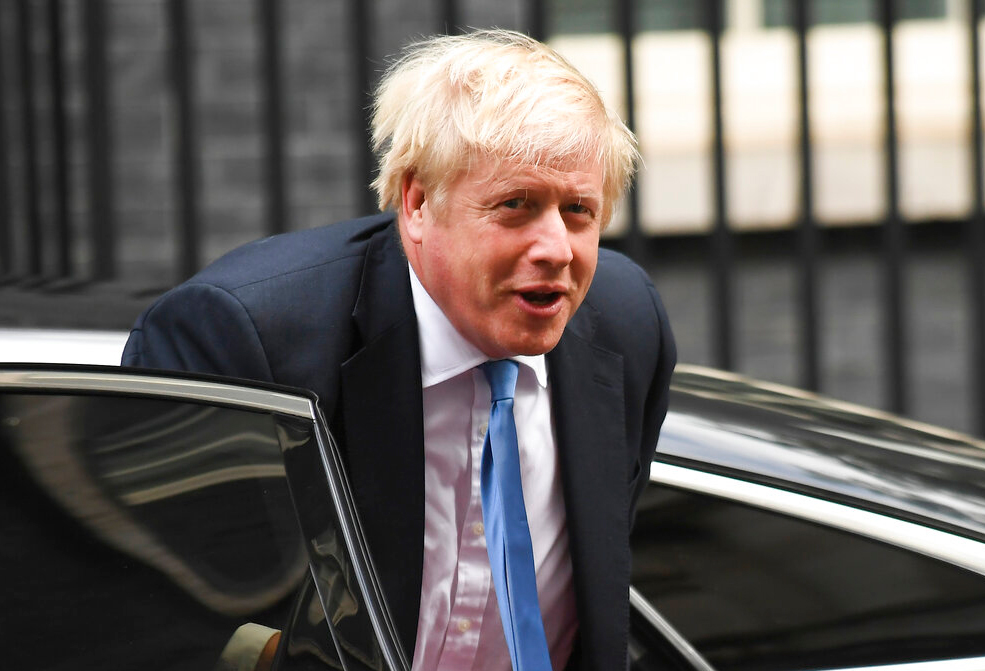 Like excited schoolchildren catching up with classmates after the summer holidays on the first day of term, chattering MPs crowded into the Commons chamber on Wednesday morning just after 11.30am, a day after 11 Supreme Court judges had unanimously ruled that Boris Johnson’s advice to the Queen to prorogue parliament had been “unlawful, void and of no effect… and should be quashed”.

Speaker John Bercow began with an exultant: “Order! Order! Welcome back to our place of work.”

He then took a sharp kick at Boris while the PM was down: “The UK Supreme Court has ruled that this parliament has not been prorogued.”

He ordered Commons staff to “expunge” records showing Parliament had been prorogued at the close of play on September 9 and instead substitute it had been “adjourned”.

Far from being abashed, though, Boris and his hardline Brexit backers in Parliament and in the media unleashed an extraordinary campaign aimed at vilifying the supreme court judges.

Last time three Supreme Court judges ruled against Theresa May’s government in 2016 in a case brought by the campaigner Gina Miller, the Daily Mail branded their lordships “enemies of the people”.

This time the Mail reported gleefully that Boris had “declared war on the judiciary”.

The next general election, which may not be too far off, will be fought by Boris as one between “the people”, who had voted 52-48 in a referendum in favour of leaving the EU, and a Remain-supporting Parliament.

This is now being amended to “the people vs parliament plus out of touch elite judges”.

The leader of the Commons, Jacob Rees-Mogg, was so angry with the judges that he condemned their decision as a “constitutional coup”, the BBC said.

The Sun said on its front page that it readers had “reacted with fury” to the court’s decision and had “bombarded” the paper with messages of support for the PM.

The tabloid’s editorial called the decision a “staggering” and “perilous coup by political judges”.

The front page headline in the Daily Express was: “Unlawful? What’s lawful about denying 17.4m Brexit!”

Before flying back to London in an RAF Voyager from New York, his city of birth where Boris was attending the UN General Assembly, the Prime Minister said: “I have to say I strongly disagree with what the justices have found.”

It was revealed that before leaving for London, he rang Balmoral Castle in Scotland and was put through to the Queen.

Whether he offered her an apology for dragging her into the middle of Britain’s worst constitutional crisis for many decades is not known.

Perhaps he assured he that he had not “lied” or “misled” her but it is probably safe to assume that whatever explanation he had to offer as to why he had made her do something that the supreme court has found to be unlawful, Her Majesty was not amused.

The BBC’s royal correspondent, Jonny Dymond, who has to choose his words with care, commented: “The Queen has been dragged by the PM’s unlawful prorogation into the place where for decades politicians have agreed she should never be —right into a domestic political argument.”

He pointed out that the former Tory Prime Minister, Sir John Major, who had joined Gina Miller in bringing the case against Boris, had said after the court judgment that ‘no Prime Minister must ever treat the monarch or parliament in this way again’.”

Dymond continued: “He understands (Major) the damage this has done to the position of the Queen.

“The man who pretty much defined the modern role of the Queen, the Victorian Walter Bagehot, wrote of the monarchy, ‘Its mystery is its life. We must not let in daylight upon magic.’

“Elizabeth came to the throne as the age of deference slipped away.

“She has been a conservative monarch, content to play little more than a symbolic and ceremonial role.

“She understands that her position is dependent on her staying deep in the shadows of government.

There have been calls for Boris to resign — and not all from the usual suspects. Lord Heseltine, a former Conservative deputy Prime Minister, said sarcastically: “Normally a PM humiliated like this will go, but that is not Mr Johnson’s way.”