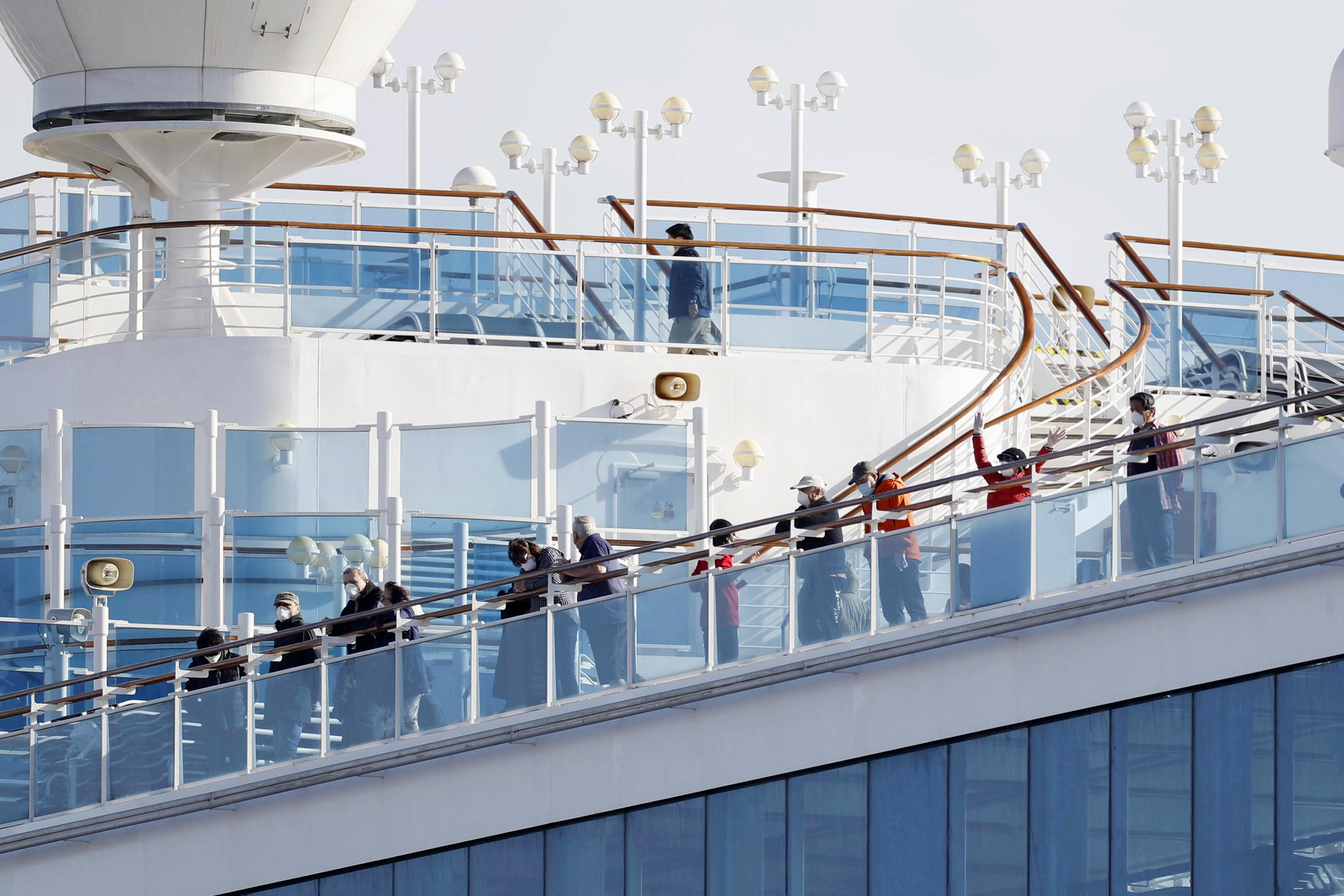 Two Indian crew members on board a cruise ship off the Japanese coast have tested positive for the novel coronavirus, the Indian embassy in Japan said on Wednesday as authorities confirmed that 174 people have been infected with the disease.

The cruise ship, Diamond Princess, with 3,711 people on board arrived at the Japanese coast early last week and was quarantined after a passenger who de-boarded last month in Hong Kong was found to be the carrier of the virus on the ship.

A total of 138 Indians, including 132 crew and 6 passengers, were on board the ship.

“Due to the suspicion of novel coronavirus (COVID-19) infection, the ship has been quarantined by the Japanese authorities till February 19, 2020,” the embassy said in a statement.

“As of February 12, 2020, altogether 174 people have been tested positive for COVID-19, including two Indian crew members,” it said.

All the infected people have been taken to hospitals for adequate treatment, including further quarantine, in accordance with the Japanese health protocol, it said.

The embassy was in constant touch with the Japanese authorities to ensure the welfare of Indian nationals on board the ship as well as the possibility of their early disembarkation, in case they are not found to have tested positive for the virus, it said.

Japanese authorities have confirmed that they are following the designated health protocols, the embassy statement said.

“The Embassy of India in Tokyo has reached out to the Indian nationals through emails and telephone calls and explained to them about the health and safety regulations of Japanese authorities and have requested for cooperation,” the statement said.

“None of the Indian nationals have complained of discriminatory treatment meted out to them,” it said, adding that the mission has been in constant touch with the ship management company, Princess Cruises (for the crew members), and the employer of six passengers to tie up their travel plans back to India.

Giving details, it said that those who have not tested positive, irrespective of their nationality, have not been allowed to disembark except the critically ill passengers and crew members who have been allowed to be taken to hospitals for further treatment and quarantine.

Media reports had earlier showed a video of Indian crew members pleading to Prime Minister Narendra Modi and the UN to segregate the Indians on board the ship on an urgent basis.

One of the crew members in the video, identified as Binay Kumar Sarkar, said, “Please somehow save us as soon as possible. What’s the point if something happens (to us)...I want to request the government of India and Prime Minister (Narendra) Modi-ji, please segregate us and bring us back home safely.”

Those on the ship have been asked to wear masks and allowed limited access to the open decks. They are advised to remain in the cabins most of the time to contain the spread of the virus, according to media reports.

Meanwhile, the operator of the ship on Monday vowed to refund all 2,666 passengers because of the on board outbreak of the virus.

Carnival Japan Inc, the Japanese branch of Princess Cruise Lines Ltd, which operates the ship, said refunds will be offered via travel agencies through which the passengers made their bookings.

The company will additionally cover all costs incurred by those quarantined aboard the ship since last Tuesday when passengers were originally scheduled to disembark at Yokohama. The virus death toll rose up to 1,113 with 97 new fatalities reported mostly in Hubei province.